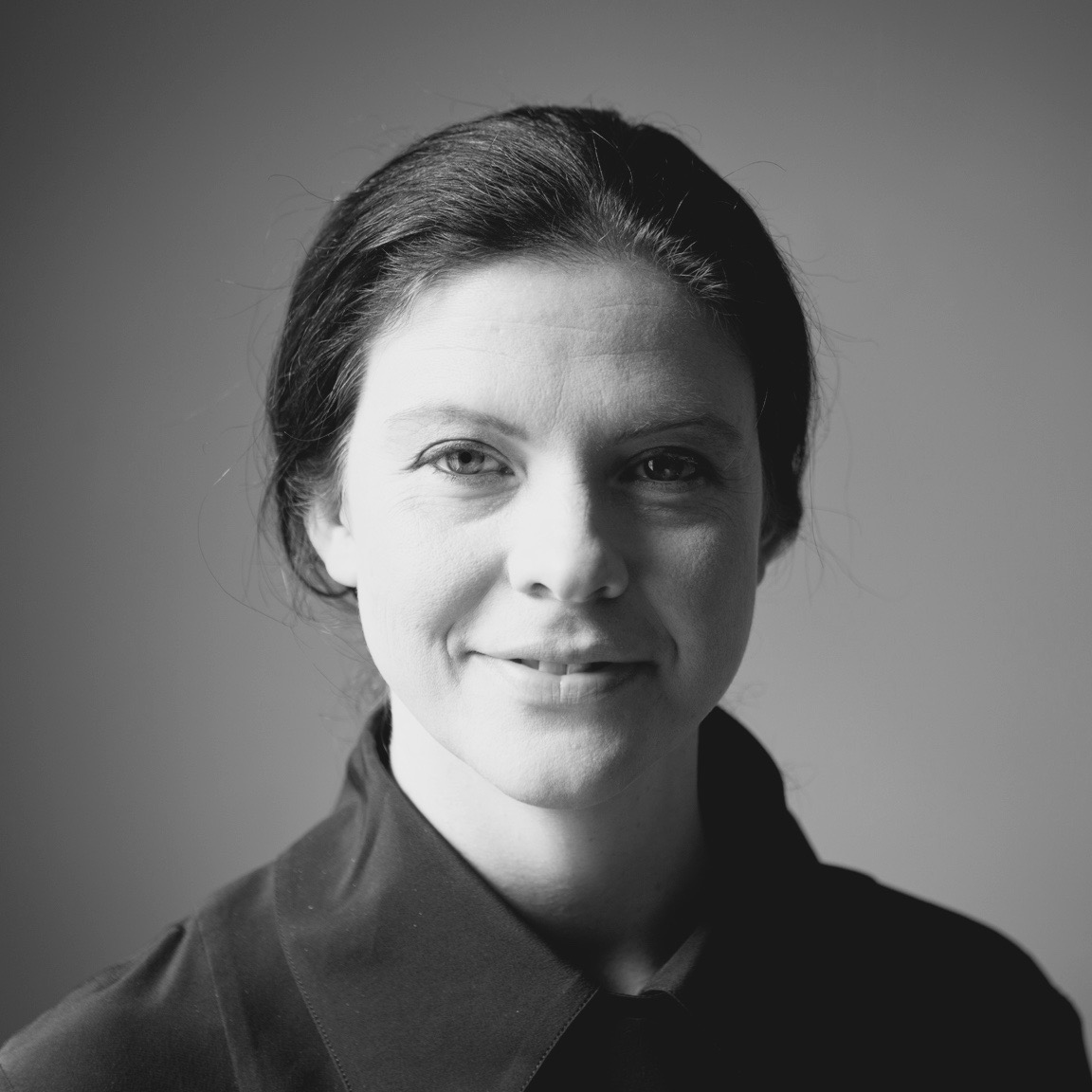 Alli leads the artistic and strategic vision and programme for Lighthouse, with a focus on representing an inspiring and challenging range of voices and art forms in art, technology and society.

Under Alli’s direction, Lighthouse continues to ignite powerful interrogations into cultural themes explored by artists and creatives, through commissioning new works, supporting artists and nurturing new talent. Alli works in close collaboration with Emily Kyriakides, Lighthouse’s Executive Director, and in consultation with our Board of Trustees.

Alli is passionate about engaging new audiences. Her previous curatorial programming for exhibitions and events brings together ideas, audiences and industries to explore complex issues and make connections that can often be surprising or unexpected.

Alli has more than 15 years of experience working with leading contemporary artists such as Ryan Gander, Random International and TeamLab. Before joining Lighthouse, Alli worked at Futurecity as Head of Arts & Commissioning, producing a programme of temporary and permanent commissions across the globe. Most recently, leading the first phase of The Illuminated River by Leo Villereal, a permanent artwork of unprecedented scale, to light central London’s bridges along the River Thames.

During her time at Futurecity, Alli successfully delivered a series of public art commissions, including art collective UVA’s Message from the Unseen World for Paddington Central, which was unveiled in 2016; Tobias Putrih’s permanent sculpture the Vertical Shell for South Bank Tower, launched in 2015, and People & Places – an ambitious photographic portfolio of work by world-renowned photographer Steve McCurry and Magnum Photos, completed in 2014. 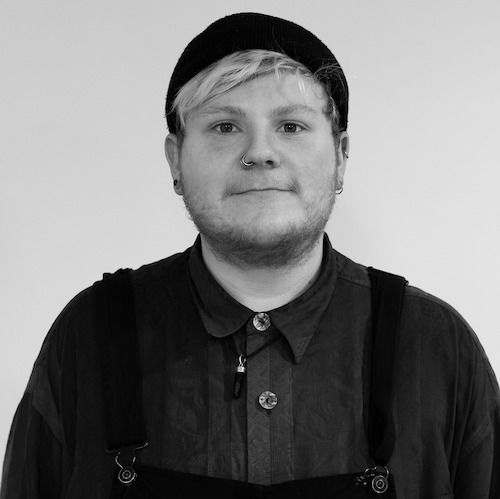 Connor works alongside Emma in assisting the Operations and Events run at Lighthouse. Master of multitasking, he helps manage a vast range of events; from organising room hire bookings to setting up and facilitating both commercial and in house events as part of our artistic programme. Always happy to help in his front-facing role, you’ll find him meeting and greeting all of our clients and visitors, making sure they have the best experience at Lighthouse.

Connor is a BA Media Practice graduate from the University of Sussex with a fascination for the sonic medium including podcasts, soundscapes and of course really great techno. His work has been presented on radio platforms such as London’s Resonance FM and Sussex’s URF, and he continues to work with artists on podcasts and film projects. During his time working at Sussex Students Union he developed an appreciation and understanding of working for a not-for-profit organisation and is delighted to continue his career working across the charity arts and events sector. 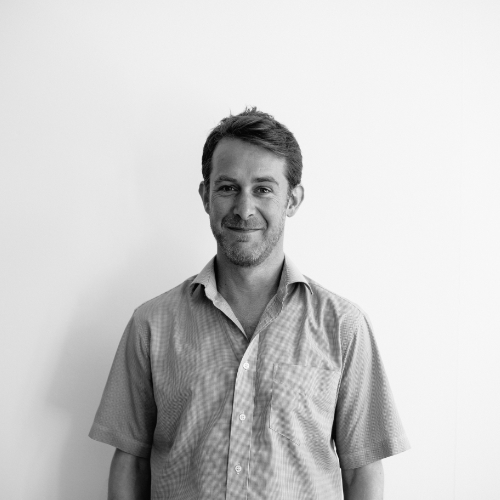 David has worked at Lighthouse as a freelancer on various projects since 2009, including previous iterations of Guiding Lights, BFI Shorts 2012, BBC Drama Shorts, The Sound of Story, and The Sprawl by Metahaven. He joined the team as an Administrator in 2016 before moving into his current Producer role.

David produces videos, films and music alongside his work at Lighthouse; he’s edited an iShort and several shorts for Nowness; was second camera, production assistant and edit assistant on the feature documentary The Man Whose Mind Exploded; has been a facilitator on several First Light, Mediabox and other film projects for young people; and regularly performs with his DIY modular synthesiser. 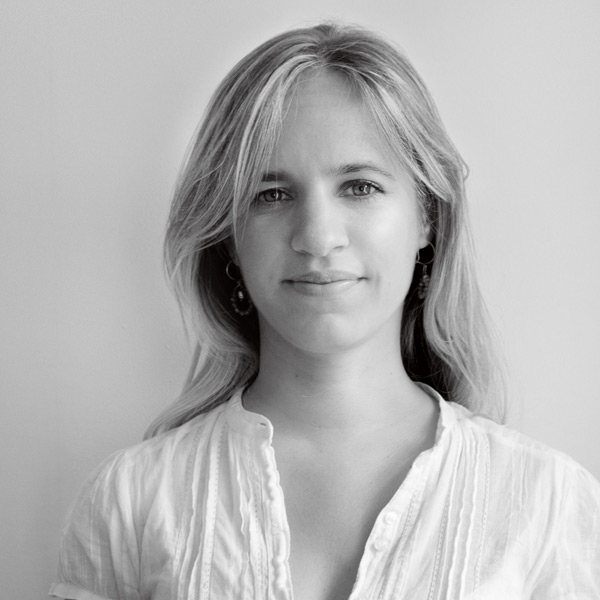 Since joining Lighthouse in 2006, Emily has led all film commissioning and talent development initiatives. These include Guiding Lights, the UK film industry’s leading mentoring programme, which has been running for over a decade, and matches emerging filmmakers with top industry professionals, including Danny Boyle, Barbara Broccoli, Walter Murch, Sam Mendes, Abi Morgan, James Marsh, Tessa Ross, Kenneth Branagh, Clio Barnard, Iain Canning, and many others.

Emily also managed the BFI Shorts scheme, on which she oversaw the production of 17 high-level fiction shorts. The films have gone on to win many leading industry awards including a Welsh BAFTA and the Canal+ Award at Cannes, and received multiple industry accolades, including three BAFTA, three BIFA and two European Film Academy nominations.

Prior to that, she was Executive Producer on four shorts produced with BBC Film Network, resulting in an Oscar nomination for Wish 143, and a BAFTA nomination for Turning.

Emily sits on the management board for Film Hub South East, part of the BFI’s Film Audience Network, and is on the board of Cinecity Film Festival. 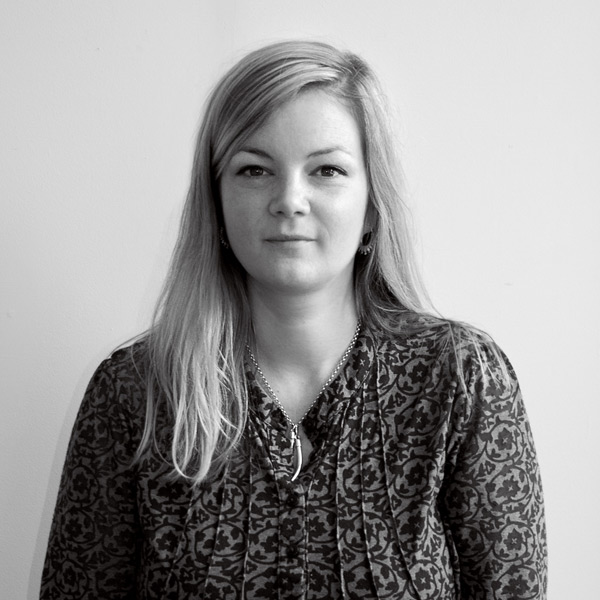 Emma is Head of Operations and joined Lighthouse as Administrator in 2005. Emma leads on venue and commercial development, oversees the smooth running of our office and venue, manages our operations team and oversees event management and project support for all Lighthouse activities. She also supports the Executive Director with fundraising, board and stakeholder liaison and general organisational management.

She is a graduate in Graphic Art & Illustration and an expert doodler. In her previous roles at Lighthouse she carried out our marketing, print design, and all of our administration. She is the heart and soul of the organisation and can often be found providing the warmest welcome in Brighton to our guests, visitors, audiences, colleagues and tenants at Lighthouse. 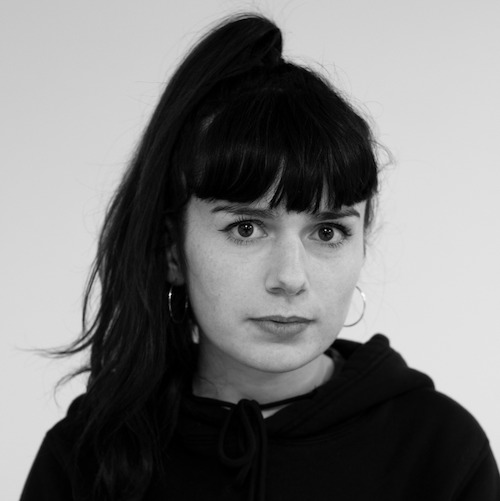 Jess joined Lighthouse in 2019, managing our marketing, PR and communications strategy. She has more than ten years’ experience in third sector arts communication, having worked with Studio Voltaire, Brighton Festival and Melting Vinyl, among others.
As a freelance brand strategist and copywriter her clients include Glenfiddich, the V&A, Waitrose and Hawksmoor. She’s also a touring musician and songwriter represented by Domino Publishing. 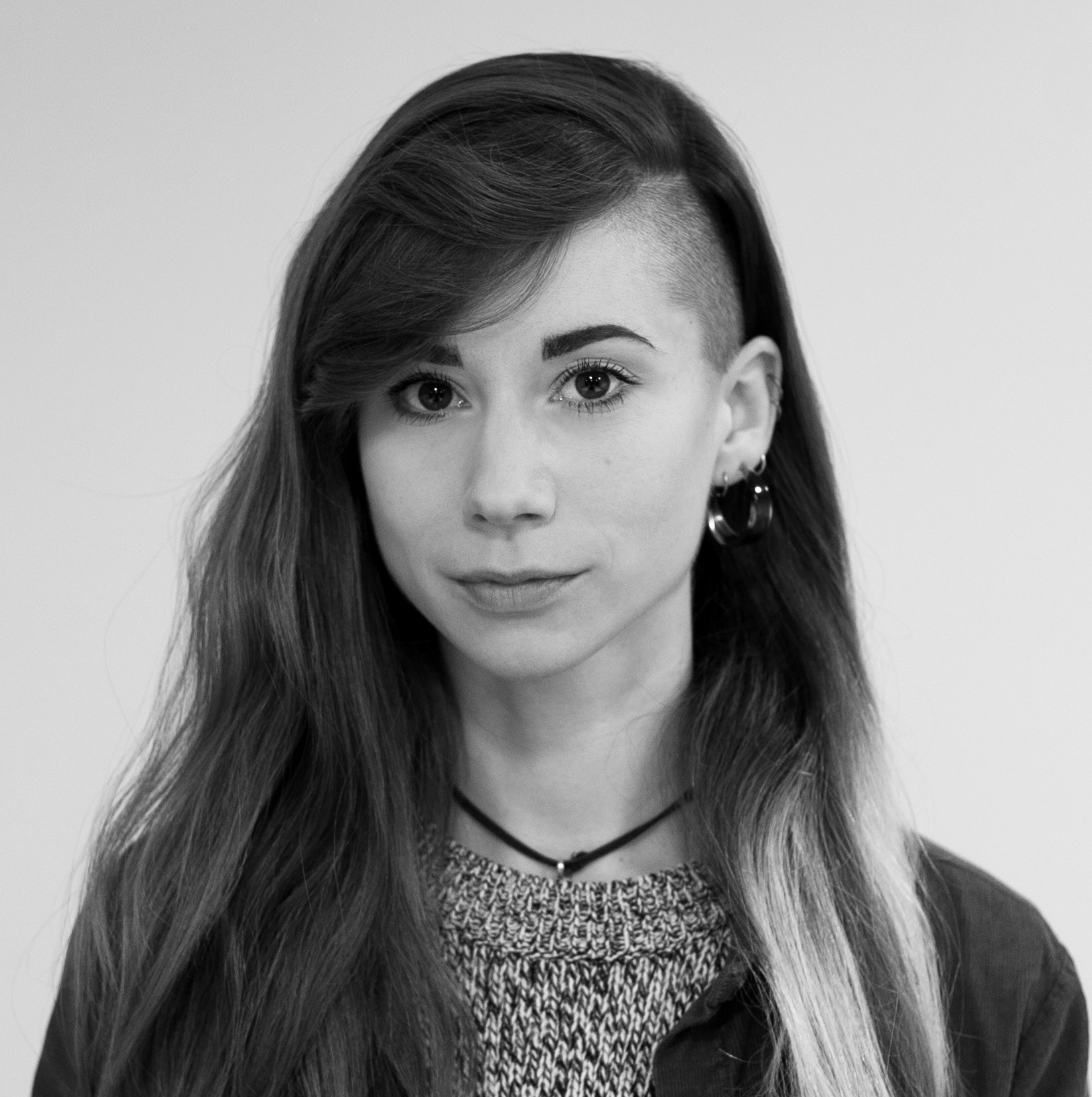 Lucie works alongside the artistic programme team, supporting the delivery of exhibitions, workshops, training programmes and residencies. She provides support across the whole programme, from project and event research, to managing all administrative processes on the Re-Imagine Europe project.

Lucie is a lens-based artist alongside her work at Lighthouse. Since graduating in 2015 as one of the RSA New Contemporaries, she has directed award winning short films with the Scottish Documentary Institute, Glasgow Film and Channel 4 Random Acts. Her work has screened internationally at over 50 festivals including MoMA’s Doc Fortnight, Iris Prize, and #fivefilms4freedom selected by BFI and British Council. Previously on the committee of Tin Roof Arts Collective in Dundee, since moving to Brighton in 2018 she has continued her voluntary work as Artistic Programme Volunteer at Photoworks (2018-19) and Film Curator for Queer the Pier project at Brighton Museum & Art Gallery (2019-21). 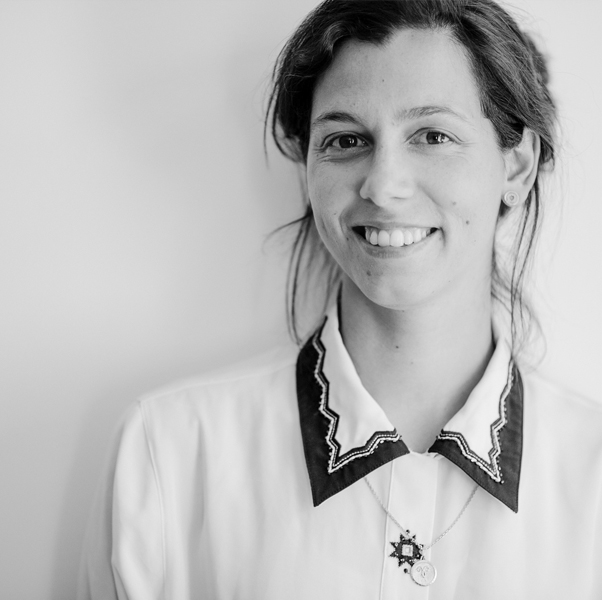 Before joining Lighthouse, Sian worked in development for the UK Film Council’s First Feature Stream, and the BFI Film Fund. She began her career at BBC Panorama, moving to Poisson Rouge Pictures in 2005, where she worked for four years as Creative Executive. Sian has worked on several UK and international productions including Francois Ozon’s ‘Angel’, Luca Guadagnino’s ‘I Am Love’ and Marek Losey’s ‘The Hide’, and in development on Bola Agbaje’s ‘Gone Too Far’. She produced her first short film ‘The Holiday’ in 2010. 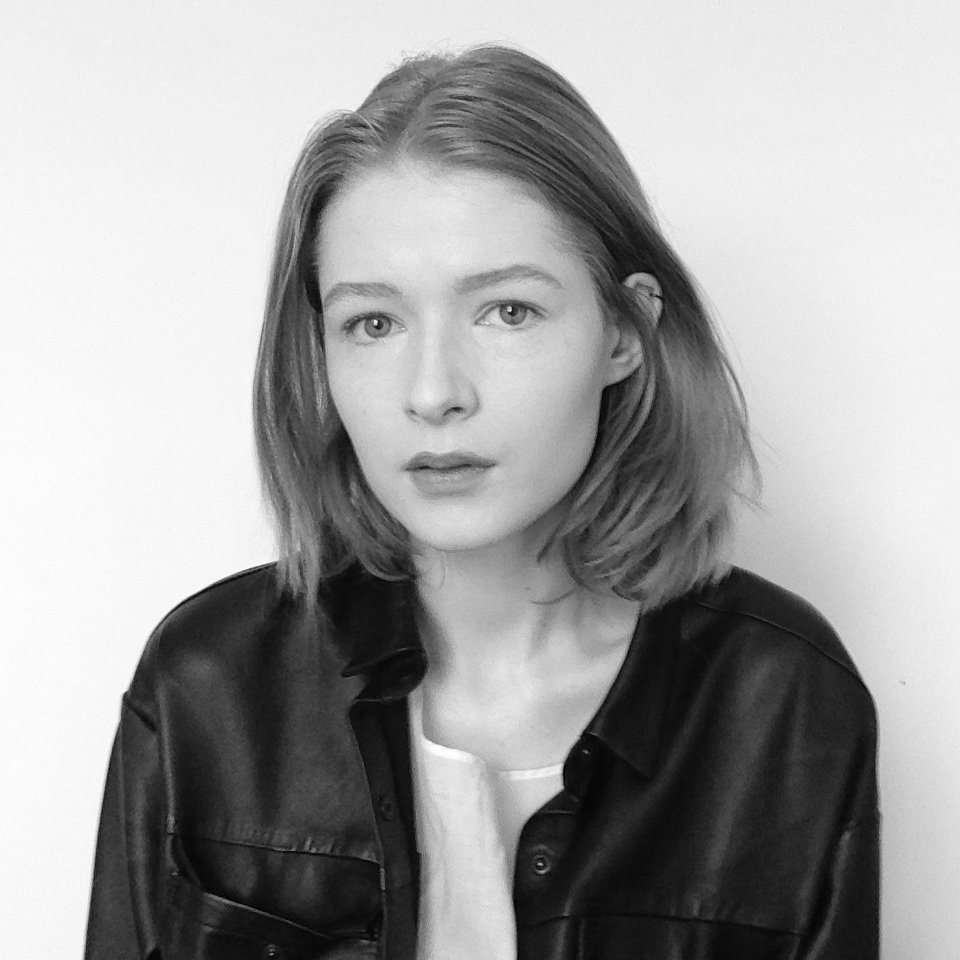 Violeta brings to the current role their background education in art history and digital documentary to deliver eye-catching content. They are dedicated to broadening the accessibility of Lighthouse’s programme through mindful, timely and engaging communication.

Our Board of Trustees is a voluntary body which has legal responsibility for the overall governance and management of Lighthouse. Its members bring a wide range of skills and knowledge to the organisation.

He has written several books on digital, business and culture including Me and My Web Shadow, which was published internationally by Bloomsbury.

He was named one of the 100 most influential people in the UK digital industry by the British Interactive Media Association (BIMA) in 2017 and 2018.

Elijah is an electronic music producer and co-founder of influential grime label Butterz, described by the Guardian as “one of the genre’s smartest operations”. He and the core artists (Flava D, Swindle & Royal-T) on the label he runs with his partner Skilliam have toured globally and have been a fixture across the club and festival circuit since 2010.

His work spans music programming, journalism, a&r and artist management, and shines a light on the artistic, social and economic challenges and opportunities for emerging artists.

Elijah was Associate Artistic Director at Lighthouse in 2017-18, during which he produced ‘Last Dance’, a timely and urgent look at the rapidly changing landscape of club culture.

Antonia is a London-based curator, predominantly concerned with how audiences engage with artistic practices beyond the exhibition format. She is currently Curator: Public Programme, at Zabludowicz Collection in London, where she leads on education, events and performance programming. She was previously Curator: Public Programmes at Whitechapel Gallery, London, where she organised projects with numerous artists and performers including Cally Spooner, Daniel Buren, Oliver Coates, and Heather Phillipson.

Antonia previously worked at the Institute of Contemporary Arts and Serpentine Galleries as Associate Curator – Talks and Assistant Curator, Public Programmes respectively. In a freelance capacity, she has organised exhibitions and events at Flat Time House; Gasworks; The Showroom – all in London; and at LOOP, Barcelona.

A leading figure within the gaming industry, Helen has been researching and writing about games since 1993. She co-organised the first UK International conference on games, Game Cultures, and co-founded the Play Research Group at UWE (University of West England). Helen is also an active member of the Women in Games (WiG) steering committee and is a Co-Investigator in the International collaboration, ‘Feminists In Games’.

Currently, she is Deputy Head at the School of Art, Design and Media at the University of Brighton. Prior to this Helen was a resident at the Pervasive Media Studio in Bristol, which brings together artists, designers and researchers to produce new forms of media experience.

Tony is Executive Editor at BBC Radio 4. He leads the development of the channel’s strategy, ensuring that Radio 4 and 4 Extra are constantly evolving and reaching new audiences.

Tony has 20 years’ experience operating at senior level at the BBC, having previously worked in the private sector. He has a Masters in Decision Analysis, and has consulted on project management, decision-making and prioritisation.

Antony is a solicitor with many years of experience working in film, television and the cultural sector. He is one of the founding partners of Swan Turton. Prior to this, he was a partner at The Simkins Partnership for ten years, having spent several years in the legal department of the EMI Group and two years as the Business Affairs Manager of THORN EMI Video, before returning to private practice.

Antony is the author of the 1991, 1998 and 1999 editions of the PACT Model Contracts, which are widely used by television production companies. Antony was for many years a member of the PACT Finance Committee and was previously on the Board of the Design and Artists Copyright Society (DACS) for five years. He is currently a trustee of the Directors Charitable Foundation.

Ken is a financially orientated senior executive with seven years of UK FTSE (250) main board experience, a founder director and divisional MD of UK airline with £500 million turnover. He is former President of an international airline association based in Brussels now with non-executive and consultancy roles within the aviation sector. He is a member of the Arts and Business Board Bank and Mentoring Scheme. Ken is completing his doctoral research in strategic management as part of a DBA at Kingston Business School and has a passionate interest in the contribution of the Arts to the development of strategic exploration within companies. 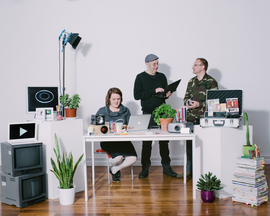