Cinecity Film Festival 2016
Part of The Sound of Story 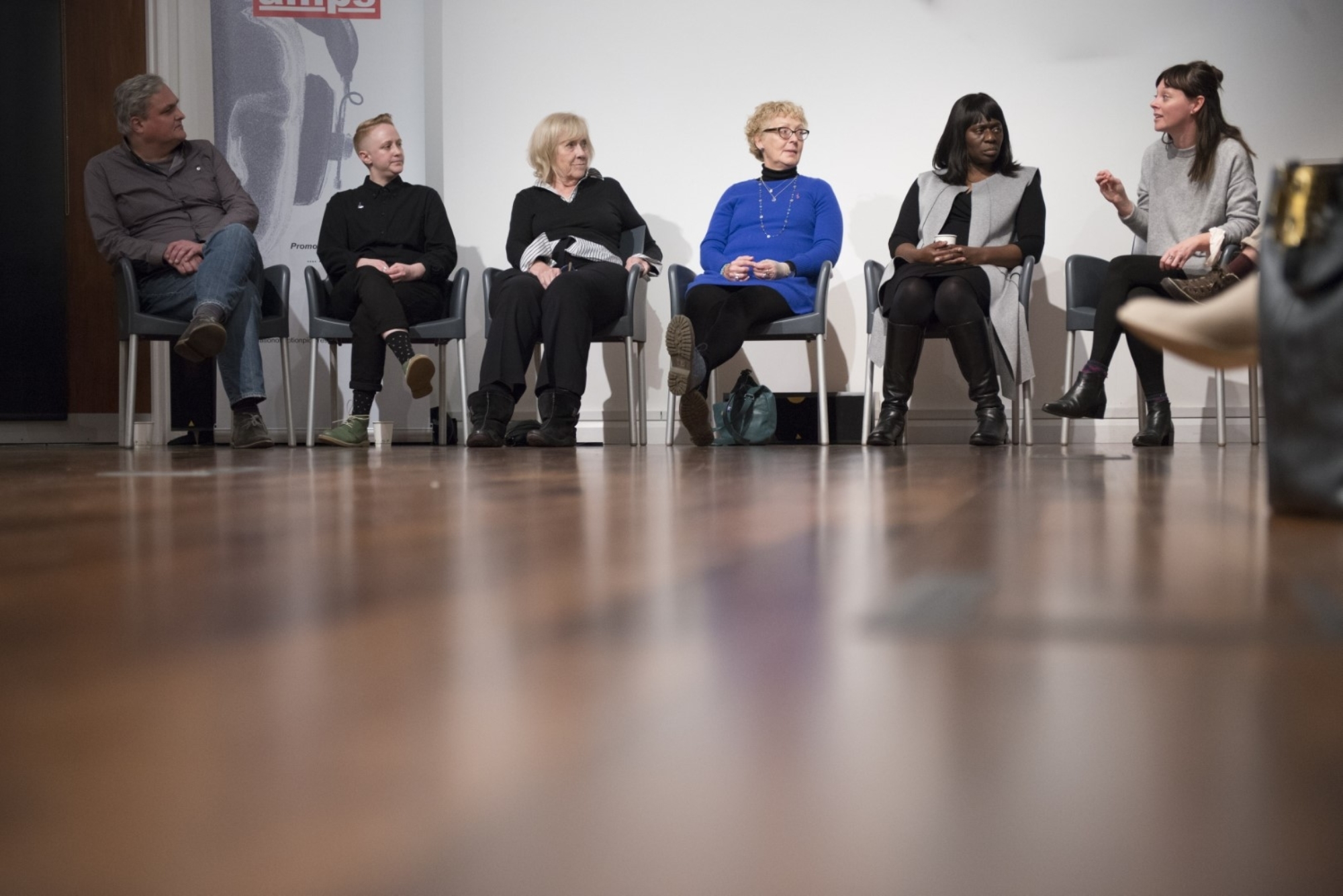 In recognition of the fact that women are still very much under-represented in the field of sound, we were pleased to present our Women in Sound forum and mentoring programme.

Supported by Creative Skillset and AMPS (Association of Motion Picture Sound), the Women in Sound programme aimed to help address this imbalance by creating an opportunity for women sound professionals to meet, exchange ideas and build new connections.

Aimed at women in their early to mid career, working in a variety of roles across production and post, the forum brought together participants who were selected through a nationwide call-out. A small number of places were offered to higher education students studying and training in sound.

Attendance at the Women in Sound forum was followed by mentorship over a three-month period from an experienced industry professional.

The Sound of Story aims to help improve diversity within the UK film industry by addressing the issues of access which individuals often face when progressing their careers. We welcomed applications from across the community, and provided financial assistance for pre-agreed travel, accommodation and access-related costs, including childcare.

The Women in Sound forum took place on Thursday 17th November, at Lighthouse in central Brighton.

Participants attended a series of masterclasses with leading women sound practitioners/technicians working in a range of roles across production and post. The sessions provided insight into the speaker’s process and workflow, showcasing a wide array of inspiring projects, and included clips and the opportunity to ask questions specific to attendees’ projects.

The masterclasses were followed by networking drinks to which a wider pool of guests were invited, all of whom had experience in or a passion for sound.

The selected participants were also invited to attend The Sound of Story symposium and workshops. Overnight accommodation was covered by the programme, for those travelling from further afield.

Following the Women in Sound forum, the selected applicants will each be matched with a leading film sound professional, who will provide tailored one-to-one advice and guidance over a three-month period. During this time three face-to-face meetings will take place with phone or email contact in between.

Lighthouse has extensive experience of managing the successful mentoring programmes, having run the Guiding Lights scheme for over ten years.

We are delighted to be partnering with AMPS (Association of Motion Picture Sound) to deliver the Women in Sound Forum.

Anna is the co-host and co-programmer of the Women in Sound forum, and has played a key role in the development of The Sound of Story since it first launched in 2014.

Anna is a Swedish Sound Designer with more than a decade of experience, best known for her work on award-winning British independent films such as Lilting and Stephen Frears’ OSCAR winning film, The Queen. She has also supervised the sound post on the award winning Adult Life Skills (Tribeca FF), Rate Me (Cannes Quinzaine) and BIFA winner The Goob. She runs her own sound design studio in Brighton, Attic Sound, and freelances as a Sound Editor and Designer.

The Sound of Story is presented by Lighthouse, and supported by Creative Skillset ’s Film Skills Fund, which is funded by the BFI with National Lottery funds and through the Skills Investment Fund. It takes place during Brighton’s annual film festival, CINECITY, and is sponsored by Goldcrest and AMPS (Association of Motion Picture Sound).