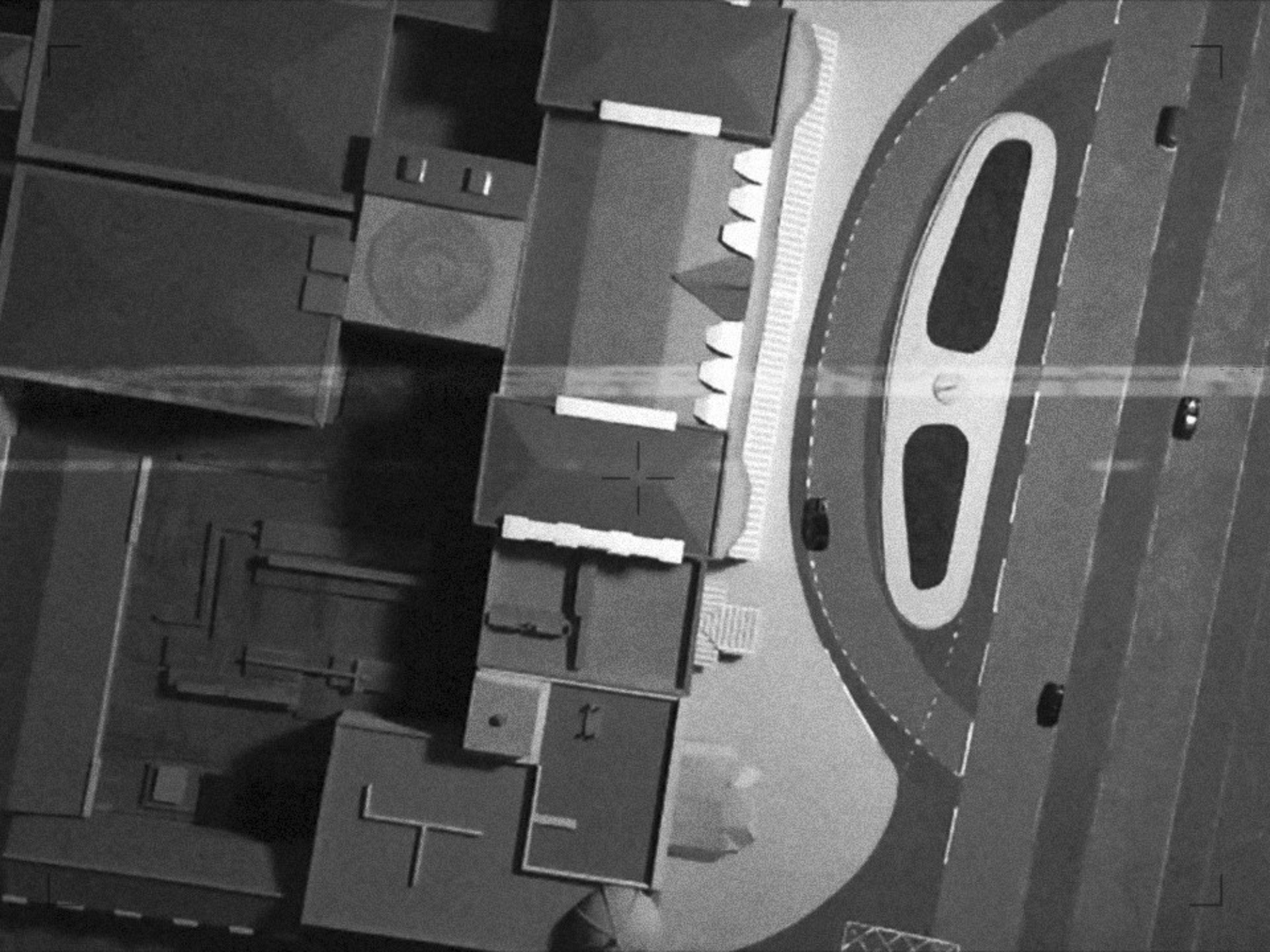 In this walk-in video installation, The Same Face, artist Joseph Popper plays upon the uneasy similarities between an enthusiast’s handmade flight simulator (created as an act of love) and a drone command centre (potentially used as an act of war), which aesthetically share the same face. Within the basement of The Kitchen, The Regency Town House, Popper has created a walk-in installation – employing both a 1:1 scale set of a drone command centre (complete with monitors, control panels and headsets) and films, simulating on-board camera footage – to immerse visitors in the heart of the action and make them a tangible part of the story.

Reflecting upon the new reality of terrorism at home, in The Same Face, Popper employs a past act of terrorism – one deeply embedded in the consciousness of British people (the 1984 IRA bombing of the Grand Hotel in Brighton) – and reimagines the event as if viewed from a drone. The associated imagery further explores how modern warfare is rendered as if in a video game, where the edges of the real and the virtual blur in the transmission of animated pixels.

Joseph Popper is an exciting young artist with an original way of working. He examines space travel and other forms of human exploration and technological endeavour through film, design and architecture. Taking inspiration from cinematic special effects his works transform found locations and everyday objects to simulate speculative scenarios and fictional experiences. Previous works include The One Way Ticket (shown at the V&A in 2013 and at the Baltic in 2014) and Holiday Snaps (part of the Folkestone Triennial 2011).

The Same Face is a co-commission between Lighthouse and HOUSE 2015, a contemporary visual arts festival that takes place in Brighton and Hove every May, as part of Brighton Festival 2015. Popper’s The Same Face is one of four new works commissioned for the festival on this year’s theme, ‘Edge and Shift’. The Same Face features alongside the work of Turner Prize shortlisted artist Nathan Coley – the HOUSE 2015 invited artist – whose work Portraits of Dissension is exhibited upstairs at The Regency Town House.