The Monopoly of Legitimate Use (2014) - Tobias Revell 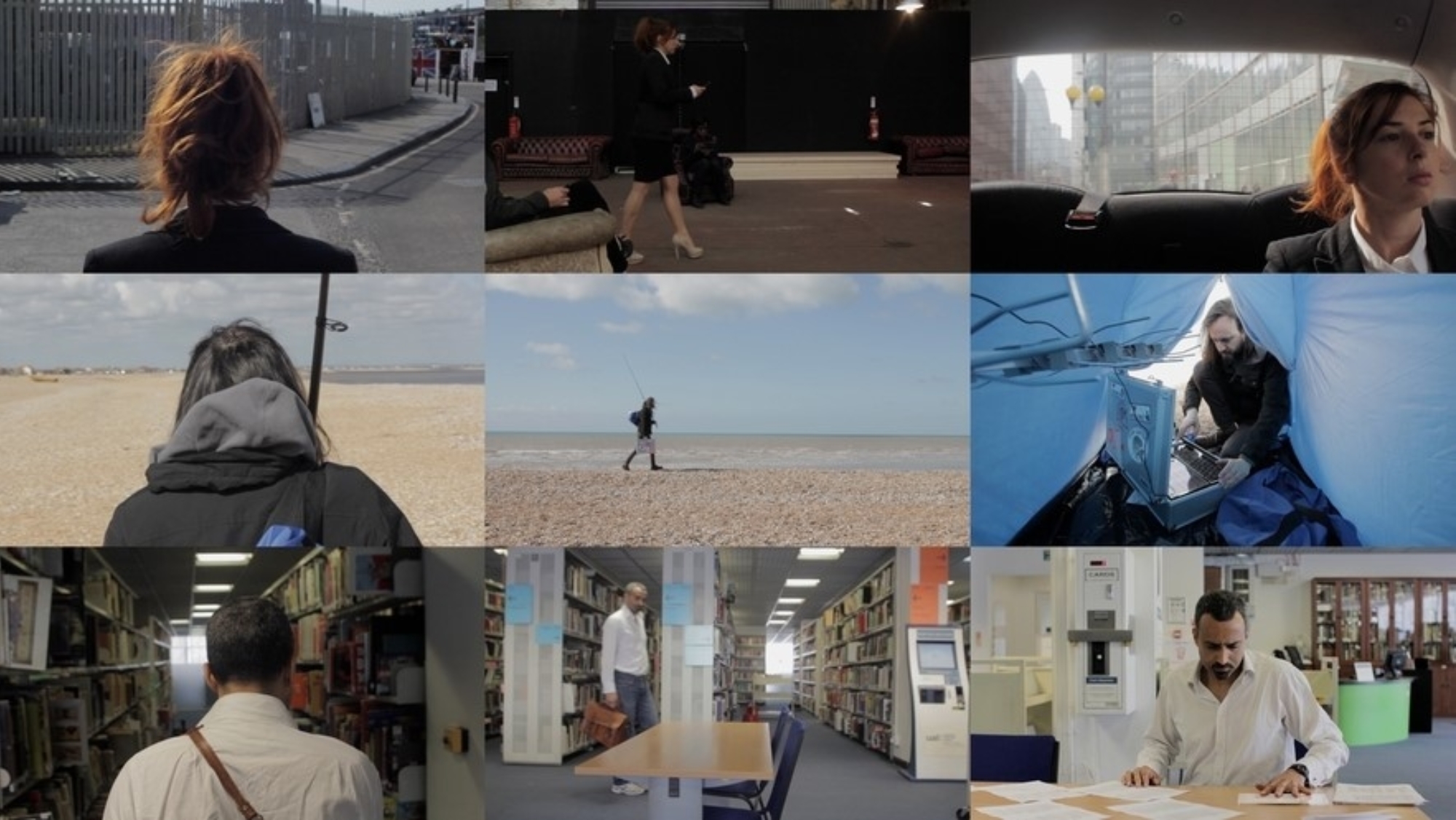 THE MONOPOLY OF LEGITIMATE USE, 2014

TECHNOLOGY AS TERRITORY: AN EXHIBITION BY TOBIAS REVELL IN PARTNERSHIP BY HOUSE 2014 &
CO-COMMISSIONED BY LIGHTHOUSE

THE MONOPOLY OF LEGITIMATE USE (2014)
BY TOBIAS REVELL

Co-commissioned by Lighthouse and HOUSE 2014

The Monopoly of Legitimate Use (2014). Image from the Exhibit at Lighthouse.

The Monopoly of Legitimate Use (2014). Still from Film.

Exhibit: "The Monopoly of Legitimate Use"
Artists: Tobias Revell (Artist) Joseph Popper (Director of Photography)
Year: 2014
In partnership with HOUSE 2014 and Co-produced by Lighthouse.
Part of: Brighton Festival 2014

Lighthouse hosted Artist Yinka Shonibare MBE for HOUSE 2014 during Brighton Festival in 2014. Renowned for producing work, which makes visible the cultural influences of colonialism, Shonibare introduced, the theme for HOUSE 2014, an exploration of ideas around immigration, notions of territory and place, cultural identity, displacement, refuge and seeking refuge.

Lighthouse worked alongside HOUSE 2014 with critical designer and futurist Tobias Revell to present a new film work titled The Monopoly of Legitimate Use with director of photography Joseph Popper.

The Monopoly of Legitimate Use takes the very physical notion of inhabiting a space or territory into the technological world, where networks can form political territories and places where people can gather and align themselves to particular ideological beliefs.

Revell’s three films: Bumper, Blackspot and Stateless explore three individuals – migrants and refugees – in a near future, moving between the layers of this vertical geography to try and find refuge or exploit the geography to their benefit.

The films raise questions about the tools and methods we use to identify ourselves politically as well as the rebalance of control caused by network technology that is simultaneously globalising and localising.

On the southernmost tip of Dungeness beach, a lone figure hijacks the geography of this desolate place to piggyback wi-fi signals from France and trade as an EU citizen. Bumper highlights how established political and geographic borders are exploitable and malleable by networked technologies and how migration across borders, and the benefit that comes with it, does not necessarily need to be physical.

A businesswoman leaves the City in search of a blackspot, a near-fabled place where network coverage drops out so that she can receive a secret and important message over an independent mesh network. Blackspot looks at how moving through physical space can also mean moving through networked space and in an age of privacy concerns and overt sharing, the use of this space become more important.

In a public library, a controversial journalist deletes himself from the network and seamlessly replaces himself with another personality. Stateless expands on the old adage ‘on the Internet, no-one knows you’re a dog’ and looks at how the distance and anonymity granted by networks might be used by someone who’s political identity is under threat from the state.

Tobias Revell is a critical designer and futurist talking and exhibiting worldwide, a lecturer at the Royal College of Art and the London College of Communication, a senior associate at design studio Superflux and a researcher with Arup’s Foresight group. His practice looks at alternative narratives for technologies and changes in contemporary society. He has exhibited at Ars Electronica, the Science Gallery in Dublin, Z33 in Hasselt, Belgium, the Milan Design Week and HMKV Dortmund. Tobias is also co-founder of international research consultancy Strange Telemetry and one half of Haunted Machines.