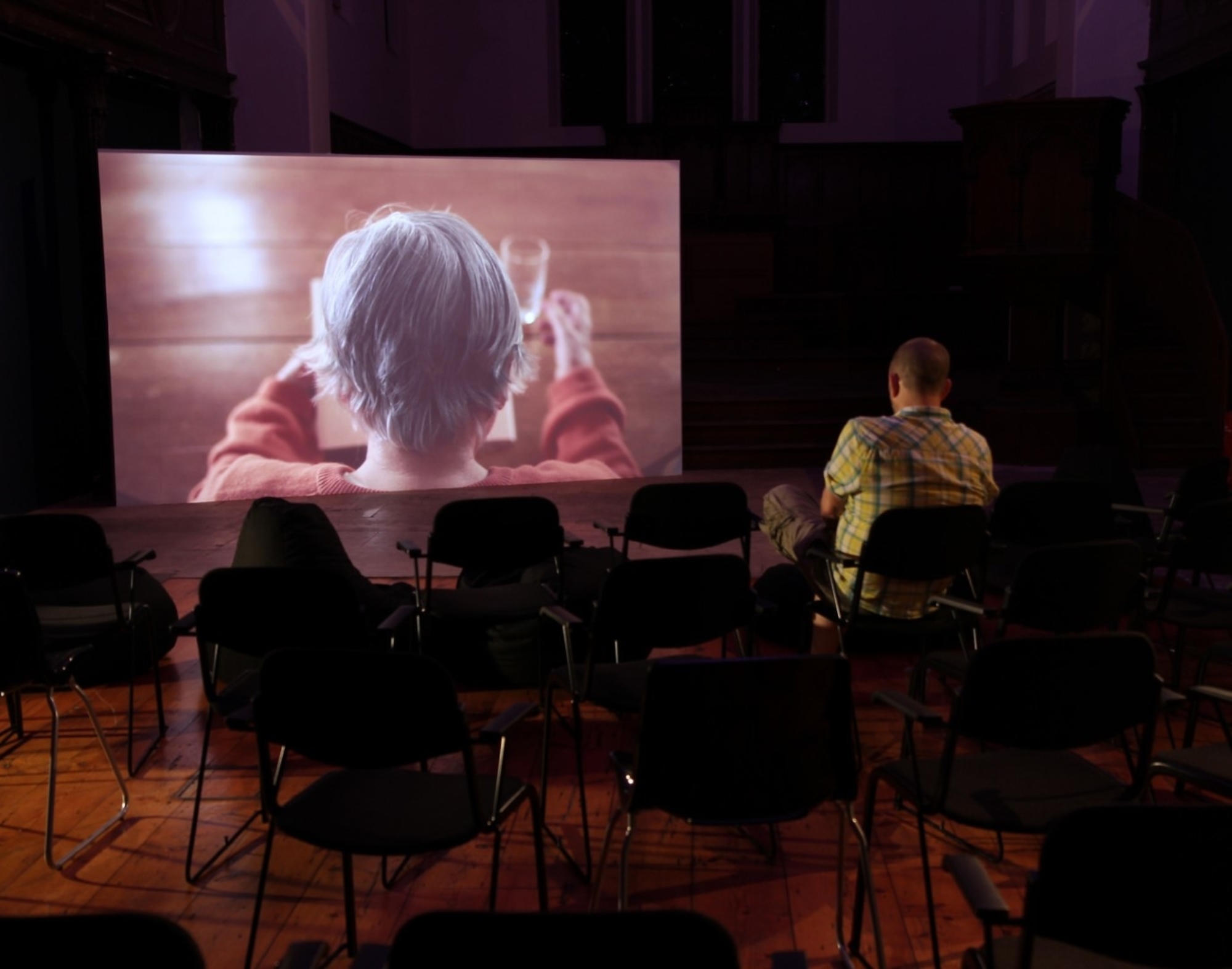 I SEE INFINITE DISTANCE BETWEEN ANY POINT AND ANOTHER, 2012

Artwork: "I See Infinite Distance Between Any Point and Another"

Part of: Voices of the Sea initiative, Brighton Festival 2012

I See Infinite Distance Between Any Point and Another (2012) is a poetic and poignant work centred on the renowned Lebanese-American poet, painter and philosopher, Etel Adnan, one of the most important contemporary figures in Middle Eastern literature. Her book, Sea and Fog (2011) evokes the sea as a metaphor for power, exploring the nature of the individual spirit and the individual spiritedness of the natural world.

The film is made largely in Adnan’s Paris apartment, and centres on a reading of her poem, Sea (2011), which draws upon philosophy to meditate on matter and anti-matter. The sound of Adnan’s voice, and the quiet but ever-present ambient noise in her apartment, create a film with a powerful, meditative atmosphere, that speaks of the mobility of thought and the movement of the ocean.

The work is the second part of a trilogy of works by The Otolith Group reflecting on water as a source of political and cultural power. The first in the trilogy was Hydra Decapita (2010).

The Otolith Group (Anjalika Sagar and Kodwo Eshun) have emerged as one of the most distinctive voices in British contemporary art. Their work is research-based, cross-cultural and concerned with the history and future of moving image practice. They have exhibited at Tate Britain, Nottingham Contemporary, MACBA in Barcelona, the Sao Paolo Biennale, the Hayward Gallery and many other galleries internationally. In 2010, they were nominated for the prestigious Turner Prize.

In addition to their artistic practice, The Otolith Group have co-curated exhibitions publications on Harun Farocki (2009) and Black Audio Film Collective (2007). Eshun is also well known as a writer and music scholar, and is author of the influential book, More Brilliant Than the Sun: Adventures in Sonic Fiction.

Voices of the Sea was a commissioning opportunity created by a partnership of Lighthouse, Fabrica, Blast Theory, Brighton Festival, Photoworks, and the University of Brighton. We commissioned two artist-groups, each with a strong internationally recognised track record, to create two new works, responding to the coastal context and maritime heritage of South East England. The Otolith Group and Invisible Flock were awarded the commissions.

The commissions were inspired by The Boat Project by Lone Twin, which began its maiden voyage in 2012 and visited Brighton as part of Brighton Festival. They were a part of RELAY, a programme by Turning Point South East. Like The Boat Project, RELAY is part of the Cultural Olympiad – London 2012.