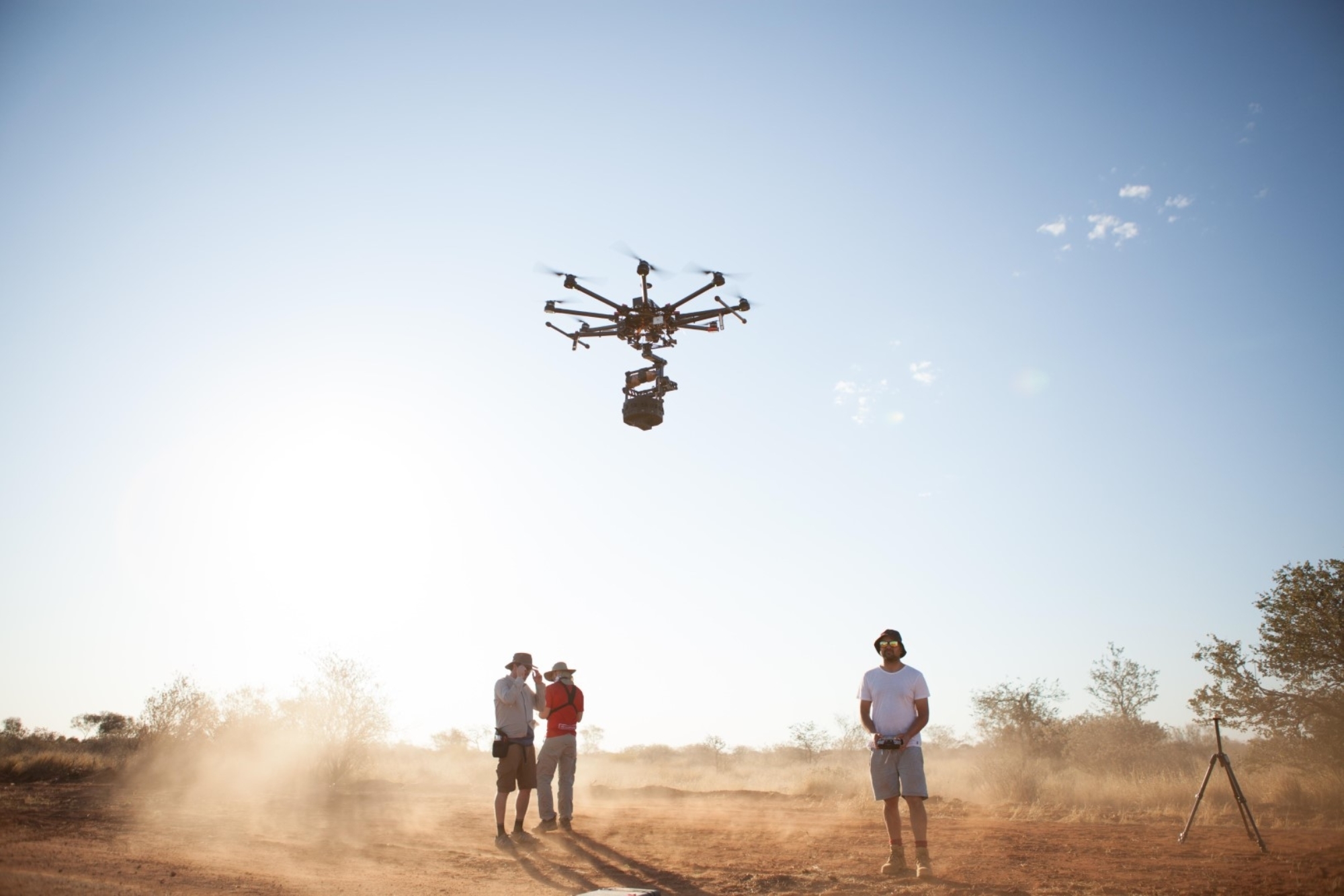 In the 1950s, with no context, no understanding, Nyarri Morgan, from the remote Pilbara region of the Western desert, was moving through a trade route with his family when he witnessed an atomic test. Sixty five years later, Lynette Wallworth travelled to the desert to meet Nyarri, now a Martu Elder.

The resulting film, Collisions, is a thought-provoking, virtual reality experience, in which Nyarri reflects on his first contact with the West, and shares his perspective on the Martu way of caring for the planet.

“I first heard of Nyarri’s story four years ago on a hunting trip with the Martu women painters in the Western Desert," recounts Wallworth. "Hearing that I had been to Maralinga where Britain tested atomic bombs in the 1950’s, Nyarri’s wife Nola turned to me with what felt like an instruction…’You have to talk to Nyarri’.”

In Collisions, Wallworth masterfully tells a story we urgently need to hear, and highlights our inability to imagine the unintended consequences of our actions.

Wallworth uses immersive environments, interactive technologies and narrative long form film to explore fragile human states of grace: Evolution of Fearlessness follows 11 women living beyond the state of fear, many of them political prisoners and survivors of war and trauma; Damavand Mountain looks at the global and governmental forces that shape the lives of those in Iran and around the world; and Tender examines taboos around death. Her work has been shown at arts venues and film festivals around the world, including the Australian Centre for Contemporary Art and The London Film Festival, with Tender winning an Australian Academy of Cinema and Television Arts Award for best televised documentary.

Lynette Wallworth is an Australian artist/filmmaker who has worked with emerging media technologies. Wallworth’s work has shown at the World Economic Forum, Davos, Lincoln Center for the Performing Arts, the American Museum of Natural History, New York, Australian Centre for Contemporary Art, the Smithsonian.

She has been awarded an International Fellowship from Arts Council England, a New Media Arts Fellowship from the Australia Council for the Arts, the inaugural Australian Film, Television and Radio School Creative Fellowship and the Joan and Kim Williams Documentary Fellowship. She has had artist residencies in many parts of the world including Southern Italy, Iran, Northern England and New Mexico.

Collisions is presented by Brighton Festival and Lighthouse, and assisted by the Australian Government through the Australia Council, its arts funding and advisory body.