An international exhibition curated by Lighthouse.
Link to wider project 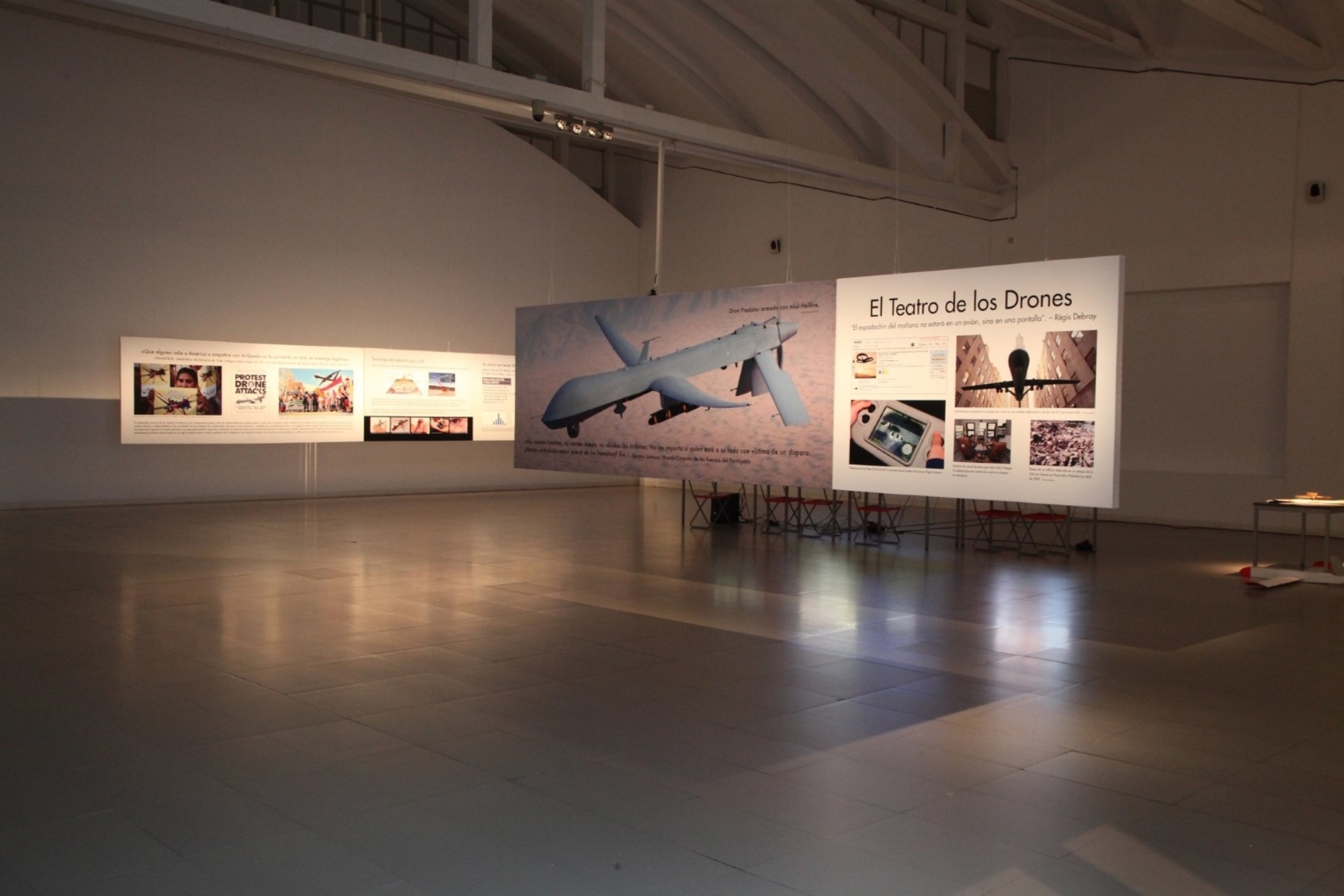 The ruins of Gaza are the ruins of our civilization. Silent Dazzle (2014) by Metahaven

Image of How Not to Be Seen: A Fucking Didactic Educational .MOV file (2013) by Hito Steyerl

Exhibition: "A screaming comes across the sky"

Curated by Lighthouse. Presented in partnership with LABoral.

This new international group exhibition A screaming comes across the sky focuses on the shock and awe of drone warfare. The exhibition, and its associated events, explores the increasingly invisible military technologies that have been responsible for the disappearance of growing numbers of civilians in the past decade in wars that are largely conducted secretly and unaccountably.

Drones have become one of the most powerful weapons of war. Remotely controlled by operators thousands of miles away from the theatre of war, they carry out attacks that have left thousands of people dead in countries such as Pakistan, Yemen and Somalia. A screaming comes across the sky explores these increasingly invisible military technologies used in wars that are largely conducted secretly and unaccountably.

Hovering above communities, cameras on and weapons loaded, drones have become a symbol of dread: an overwhelming, existential fear that, like a memory of the future, warns us of imminent danger. The exhibition, and its associated events, zooms in on the shock and awe of drone warfare, and addresses the ethical and legal ambiguity of drones, mass surveillance and war at a distance. It presents the work of contemporary artists who are critiquing the way in which military technology and networks can obscure, conceal and distance us from the political and social reality of warfare today.

The title is taken from the opening line of Thomas Pynchon’s novel, Gravity’s Rainbow, which explores the social and political context behind the development of the V-2 rocket by the German military during World War II. Today’s technologies of war, such as the MQ-1 Predator and MQ-9 Reaper drones, and their laser-guided Hellfire missiles, bear resemblance to the V-2 in their ability to operate unseen and to strike without warning.

In the post-PRISM age of mass surveillance and invisible war, artists, alongside journalists, whistleblowers and activists, reveal the technological infrastructures that enable events like drone-strikes to occur. Some of the works here are poetic by nature, inviting the audience to placidly reflect. Others create a more immediate, visceral response, making them physically experience awe and apprehension. As often in tragedy, humour can be the most fearless messenger.