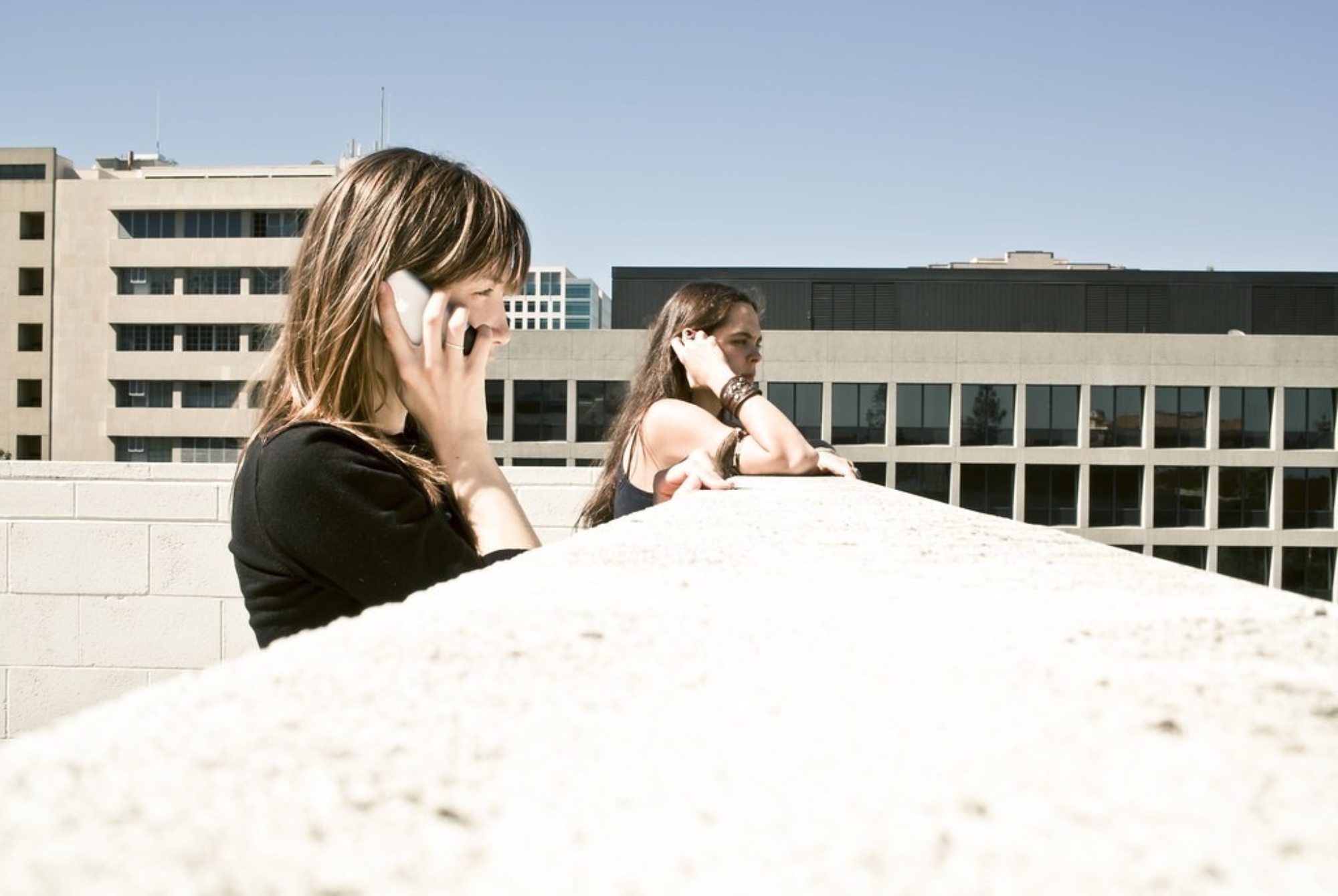 Artwork: "A Machine To See With" (Brighton version)

After a groundbreakingly successful run of A Machine to See With at the Sundance Film Festival, Lighthouse brought this Blast Theory’s interactive work to Brighton Digital Festival 2011.

Press: ICON - Review of A Machine To See With

A Machine to See With (2011) took place in the streets of Brighton and was played through audience's mobile phones and their minds. Participants booked and signed up with their mobile numbers and then on the day, received a call, followed to the allotted street corner, and received instructions to deal with a bank robbery and its aftermath: from hiding money to meeting up with a partner in crime.

“Just listen to the voice on the phone. The voice tells you what to do. The voice says you're playing the lead in a movie. Hide in the toilets, find the getaway car, stake out the bank and take a deep breath. You're going in. You become a star in action in your own heist movie.”

After proving a hit in several cities in the USA, this was the English premiere of Blast Theory’s hit locative cinema project for pedestrians and their mobile phones. Perfectly resonating with Lighthouse’s 2011-12 theme, Beyond Cinema, A Machine to See With (2011) is all about cinema. The artists thought about the city as a cinematic space and considered how screens might be inserted into the streets or carried through them. Their approach was to think of our eyes as the screens themselves, and put you at the centre of a unique unfolding drama across the city.

Blast Theory creates interactive art to explore social and political questions, placing audience members at the centre of our work. Led by Matt Adams, Ju Row Farr and Nick Tandavanitj, the group creates interactive art that puts audiences at the centre of the work. Drawing on popular culture, performance, technology and games, the work often blurs the boundaries between the real and the fictional. In virtual and physical spaces from pubs, canals and abandoned warehouses to libraries, museums and apps – Blast Theory goes to unexpected places to make their work accessible to everyone.

In 2016, Blast Theory was awarded the Nam June Paik Art Center Prize in recognition of the group’s exploration of new boundaries in art as "the most contemporary media-poet of this age". Internationally, Blast Theory’s work has been shown at the Tribeca Film Festival, Sundance Film Festival, Walker Arts Center in Minneapolis, the Venice Biennale, ICC in Tokyo, the Chicago Museum of Contemporary Art, Sydney Biennale, National Museum in Taiwan, Hebbel Theatre in Berlin, Basel Art Fair, Dutch Electronic Arts Festival, Sonar Festival in Barcelona and the Palestine International Video Festival.

The show was organised by Blast Theory and Lighthouse, with support from Brighton Dome.