VOICES OF THE SEA

The sea is the inspiration for two major new commissions by contemporary artist-groups, premiering at Brighton Festival 2012.

Turner Prize nominated artists, The Otolith Group, poetically explore the sea as a site of power in a new exhibition at Fabrica, and Invisible Flock create a unique interactive journey along the Brighton seafront.

The Otolith Group and Invisible Flock have been commissioned by a partnership of Brighton’s leading visual arts organisations to create new works for Brighton Festival 2012.

Voices of the Sea was a commissioning opportunity created by a partnership of Fabrica, Blast Theory, Brighton Festival, Lighthouse, Photoworks, and the University of Brighton. We commissioned two artist-groups, each with a strong internationally recognised track record, to create two new works, responding to the coastal context and maritime heritage of South East England.

The commissions are inspired by The Boat Project by Lone Twin, which begins its maiden voyage in 2012 and visits Brighton as part of Brighton Festival. They are part of Relay, a programme by Turning Point South East. Like The Boat Project, RELAY is part of the Cultural Olympiad – London 2012.

In 2011 we sought expressions of interest for two commissions – Voices of the Sea – a gallery-based work to be exhibited at Fabrica, and Sea of Voices, a site-specific outdoor work.

The short film below provides a brief overview of Sea of Voices by Invisible Flock and I see infinite Distance between any point and another by the Otolith Group:

For Voices of the Sea, the commissioning partnership sought expressions of interest from visual artists, with an international profile, who wished to create a new work for Brighton’s leading contemporary art gallery, Fabrica. Past exhibitions at Fabrica have featured artists such as Janet Cardiff, Frederic Guerts, Martin Parr, Brian Eno and Anish Kapoor.

The Otolith Group were awarded the commission.

For Sea of Voices the partnership sought expressions of interest from artists who wished to create a site-specific work, which links the exhibition at Fabrica with The Boat Project
Sea of Voices is intended as a “conceptual mooring line”, between Fabrica on Ship Street, and the Brighton Marina, where The Boat Project will be docked, during its visit to Brighton.

Invisible Flock were awarded the commission.

The Voices of the Sea commissions are by a partnership of Brighton’s leading arts organisations:
Lighthouse
Fabrica
Brighton Festival
Blast Theory
Photoworks
The University of Brighton’s Faculty of Arts

The work is part of Relay, a programme of visual arts events taking place across the south east of England in response to London 2012. Relay is an initiative of Turning Point South East, a network of visual arts organisations across the region.

The commissions respond to The Boat Project 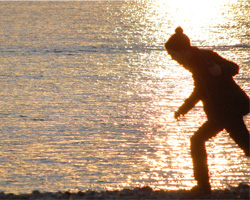 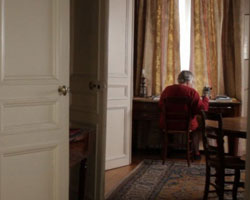 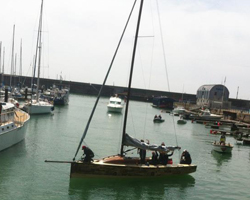