For our next Viral Open Session, Lighthouse presents The Informals, an improvised performance by artists Polina Medvedeva and Andreas Kühne about non-conformity and ways of living in the digital age.

This partly autobiographical work uses live music and documentary film footage to focus on the experiences of young ‘digital natives’ in the Russian city of Murmansk. To escape the norms and constraints of northern Russia, young people in Murmansk gravitate to deserted areas, where they improvise with space and create new stories through their digital community and culture.

The materials collected from Murmank are played by the artists live using an audiovisual instrument, which produces new unscripted versions with each live performance.

There will be a Q&A at the end of the performance with Polina, Andreas and local artists Phonetic and Kemastry who are involved in the project as it takes place in Brighton.

Get your free ticket here:

Phonetic continues to build her career with more live shows and collaborations, as well as her very first solo project – The Dictionary of Proverbs LP – which promises to be a boom bap heavy affair, peppered with elements of trap and the perfect springboard for her official launch into the UK scene and beyond.

Kemastry is a Brighton-based rapper signed to High Focus Records with the group CMPND. CMPND have recently released ‘Eagle Court’ their debut album whilst earning themselves a highly coveted support slot with The Four Owls’. Kemastry himself is a competent freestyler renown for his abstract social commentary and tripped out nuggets of lyricism. ‘Kema’ is also active in the community as a youth worker with AudioActive and Tarner Community Project.

About Viral:
Viral is a project for 16-25 year olds who want to work in the creative and digital industries, but who don’t have the opportunities, facilities and connections they need. The project is for young people from diverse backgrounds, including those not in work or training.
Over six months the young people receive production training, business development, mentoring, showcasing opportunities and peer-to-peer support. The project focuses on a range of disciplines including music, film, photography and design.

Viral Open Sessions are presented by Lighthouse with support from Re-Imagine Europe, co-funded by the Creative Europe programme of the European Union and are part of the Viral programme. The Informals was originally commissioned by Sonic Acts and Inversia Festival, Murmansk. 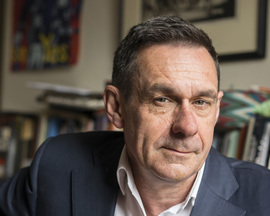