A LIGHTHOUSE AND THE SPACE CO-COMMISSION

Has the internet become a disruptive geopolitical super weapon? How do we distinguish fact from fiction in a time of uploaded phone footage, fake social media accounts and biased news reports? As we click, like and share, are we unwittingly furthering the agendas of governments, big business, activists and terrorists?

“The Sprawl is about perception and the deep human, psychological, and even spiritual roots of disinformation, that are now supercharged by technology.” – Metahaven

Examining the splintered interpretation of world events, including the annexation of Crimea, the downing of Malaysia Airlines flight MH17 and the spread of IS, the work offers a subversive critique of the internet as geopolitical super weapon, presented as a fragmented, non-linear stream of state-influenced fan art, news clips and memes, alongside contributions from writer Maryam Monalisa Gharavi, journalist Peter Pomerantsev and design theorist Benjamin H. Bratton – all overlaid with Metahaven’s unmistakable graphics.

Existing in the worlds it seeks to interrogate, from video platforms to social media and experienced and available to share via sprawl.space, The Sprawl itself becomes propaganda about propaganda.

A video “shard” from sprawl.space

Borne out of a co-commission by Lighthouse and The Space, The Sprawl is a multi-platform project, disseminated in three forms: as a feature-length documentary film, which world premiered at the International Film Festival Rotterdam, as an immersive video installation, exhibited at art spaces around the world, including at Yerba Buena Centre for the Arts, San Francisco, Museum of Modern Art, Warsaw and Brighton Festival, in 2016, and as an ongoing online work at sprawl.space.

ABOUT METAHAVEN
“As a radical design studio and think tank, Metahaven have a kind of Dante-in-the-underworld quality to their ability to navigate and elucidate propaganda across the internet’s corporatised coils and layers.” – i-D

“Metahaven is breaking the propaganda machine” – The Fader

Metahaven was founded in 2007 by Vinca Kruk and Daniel van der Velden and is based in Amsterdam. In 2013 they were awarded the Cobra Art Prize and named Design Studio of the Year by ICON magazine. Their work has been featured  in publications such as frieze, e-flux journal and New York Times Magazine and exhibited at MoMA PS1, the V&A, Yerba Buena Center of the Arts in San Francisco and Museum of Modern Art in Warsaw, among others.

As designers, artists and filmmakers they operate at the interface of aesthetics and geopolitics. In 2012, they designed a collection of scarves and T-shirts in support of WikiLeaks, whilst amongst their books, Uncorporate Identity (2010), unpicks the paradoxes of identity in a networked world, Can Jokes Bring Down Governments? (2013) proposes humour as the latest weapon of protest, and Black Transparency (2015) examines the right to know in an age of mass surveillance.

Currently, they are working on their first feature film, Possessed, and the short film, Information Skies, for the 11th Gwangju Biennale, which follows The Sprawl (Propaganda About Propaganda), as well as other international projects and collaborations.

THE COMMISSION
The Sprawl is one of four winning projects selected for the first Open Call by The Space – a joint BBC and Arts Council England commissioning body supporting art that employs technology to push the boundaries of creative expression. Commissioned by Lighthouse and The Space. Thanks to Netherlands Film Fund, the Dutch Cultural Media Fund and Creative Industries Fund NL. The Brighton Festival exhibition was co-commissioned by Lighthouse and Brighton Festival. 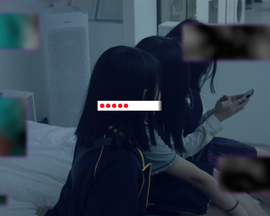 THE SPRAWL at BRIGHTON FESTIVAL | MAY 2016 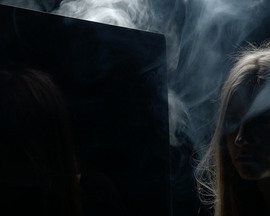 THE SPRAWL AT YBCA 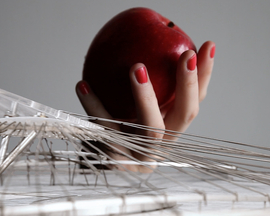 THE SPACE COMMISSION - The Sprawl