Past/Present is an intergenerational heritage project that uses archival film, in tandem with cutting-edge technology to create an interactive virtual reality world for young people, and a city-based augmented reality project.

For the past year students from Longhill School in Brighton have been working with older people, technologists and filmmaker Annis Joslin to explore the dramatic history of Brighton during World War II. As part of their work, they have designed and developed an immersive interactive game called Lives at War, which vividly brings their research to life.
To play the game go to: www.lives-at-war.org.uk

Their work has been inspired by films from Screen Archive South East that record life in the UK during World War II. The students studied the archival film, collected the oral histories of local people alive during World War II, and visited the Mass Observation Archive, Brighton Museum and Art Gallery, and Whitehawk Air Raid Shelter to deepen their knowledge of history.
They also undertook a series of workshops at Lighthouse, learning how to use interactive technology and video editing tools.

This work has lead to the development of an interactive virtual reality world – Lives at War – developed in collaboration with Corporation Pop. The visually stunning game, built in the interactive platform Unity 3D, contains characters, stories, conversation spaces and a virtual cinema to watch the archival films.. It is intended as a teaching resource for teachers and students to encounter history in a unique new way and uncover the invisible histories of Brighton.

In the next phase of development, the project will incoorporate a cutting-edge augmented reality dimension, which will add new visual layers onto the topology of Brighton using digital technology. 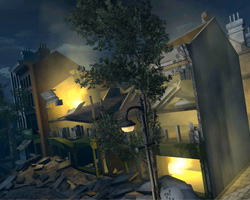 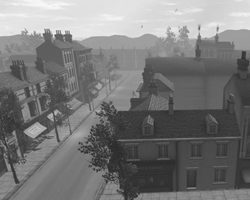