Get into Orbit with this afternoon of creative filmmaking

Films set in space come with a Hollywood price tag. But what if you don’t have a million dollar budget? You get creative!

Join us for a screening of DIY space film, Orbit Ever After, to learn how director Jamie Stone created his own in-camera effects on a shoestring. Orbit Ever After was executive produced by Lighthouse as part of the BFI Shorts scheme, and has recently been nominated for a 2014 BAFTA for Best Short Film.

Following the screening, our young audience will get the chance to make their own space films through a series of hands-on workshops run by interactive film team, Videopia. Get ready to travel into the great beyond!

The Orbit Ever After filmmaking workshop is suitable for 8 to 14 year olds, for more information, Contact Lighthouse. Lunch will be provided.

Jamie Stone
Jamie Stone is a 2012 Screen ‘Star of Tomorrow’. Hailing from Scotland, his multi award-winning work encompasses documentaries, animation and live-action drama. Originally trained in fine art, Jamie went on to study Film at the Edinburgh College of Art, graduating with a host of short films which went on to garner a Scottish BAFTA (plus four nominations), an RTS award and The McLaren Prize at the Edinburgh International Film Festival. After graduating, Jamie branched out into directing documentaries, taking him to Kenya, Zambia, New York and Bangladesh, working for BBC Scotland and Channel 4. In 2012, Jamie completed a masters at the National Film and Television School where he made several imaginative shorts. His graduation film, Skyborn, was nominated for the 2012 student Oscar, and Orbit Ever After has been nominated for a 2014 BAFTA, and European Film Award.

Videopia
Ever wanted to be in the movies? Well here’s your chance people! Videopia is an interactive movie making activity that casts, shoots and screens miniature tributes to Hollywood classics. For the past three summers Videopia has transported a mobile film studio to some wonderful festivals including Glastonbury, Bestival, Secret Garden Party, The Big Chill, Electric Picnic, Latitude, End of the Road, Camp Bestival,Playgroup, Boomtown Shambala and Green Man.

“If the Academy Awards got you itching to get in front of the camera and finally make it in the movies, then Videopia might well be the perfect first step on the road to Oscar glory.” The Guardian

In 2011, Lighthouse was selected to manage the BFI Shorts film production initiative. 17 projects have been produced through the scheme, spanning genres from drama to comedy, thriller to sci-fi. The films are now nearly all complete, and making a strong impression on the international festival circuit, with a number of notable award wins and nominations.

Presented by Lighthouse in association with Brighton Science Festival. 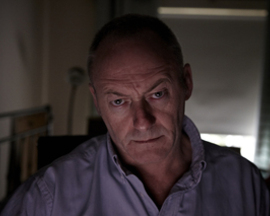 SLR: WHO'S WATCHING YOUR SHADOW? 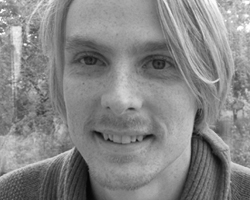 ORBIT EVER AFTER: SCREENING + PANEL DISCUSSION 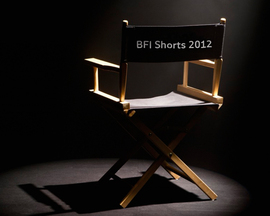