AN EXHIBITION FOR BRIGHTON DIGITAL FESTIVAL 2014

‘BEHIND EVERY MIND IS A NETWORK. OWN IT’. STEP INTO THE SUBVERSIVE WORLD OF THE 'FACT FIXING BUREAU'.

The Press is often accused of manipulating the news to reflect private interests; now citizens are being given the chance to turn the tables.

Transforming Lighthouse with a simulated news bureau as part of Brighton Digital Festival 2014, Newstweek – Fact Fixing Bureau is a new installation that invites visitors to set their own news agendas.

Newstweek switches the power balance between news organisations and citizens, giving visitors to the installation the chance to manipulate the facts or just troll for the ‘lulz’. The work blatantly shines a searchlight on the vulnerability of the new informational ecosystem of journalism, and questions, importantly, how we use our devices and media in our daily lives.

Hidden within an innocuous plug socket is a device that acts as a virtual router, allowing users to access and edit national news websites being viewed through the local WiFi network. For the duration of the festival, Lighthouse’s gallery space will be transformed into a ‘News Fixing Bureau’ where visitors can surreptitiously satirise, spin or subvert the news being read by those nearby.

Newstweek was created by Berlin-based artists Julian Oliver and Danja Vasiliev to highlight how our news – and so our understanding of our reality – is frequently contrived and controlled by media ‘gatekeepers’.

“While news is increasingly read digitally, it still follows a top-down distribution model and thus often falls victim to the same political and corporate interests that have always sought to manipulate public opinion,” Julian and Danja explain. “Newstweek intervenes upon this model, providing opportunity for citizens to have their turn to manipulate the press; generating propaganda or simply ‘fixing facts’ as they pass across a wireless network.

“As such, Newstweek can be seen as a tactical device for altering reality on a per-network basis. It also signals a word of caution, that a strictly media-defined reality is a vulnerable reality; that along the course of news distribution there are many hands at work, from ISP workers, numerous server administrators and wireless access point owners.”

Newstweek has been built on the principles of Critical Engineering, a term coined in the manifesto published by Julian, Danja and Gordan Savicic in 2011. The Critical Engineering Manifesto states the authors’ belief in engineering as ‘the most transformative language of our time, shaping the way we move, communicate and think’. Their work as ‘critical engineers’ is ‘to study and exploit this language, exposing its influence.’

The manifesto provides an analytical framework for creative practice that exposes the technological and scientific systems that underpin much of society. By making these infrastructures and systems visible, the ‘critical engineer’ reveals the political and power structures at play, instigates critical discussion, and questions who has agency within these systems.

Projects such as PRISM: The Beacon Frame and Newstweek are designed both as functional tools which reveal and disrupt the invisible information and communication networks that surround us, and conversational catalysts. Their intention is to expose the deep reach that science and technology have in our lives, and to try and encourage more active forms of intervention and agency.

Earlier this year Julian Oliver and Danja Vasiliev spoke at Critical Exploits, where they introduced the logic behind The Critical Engineering Manifesto.

Julian Oliver is a New Zealander, Critical Engineer and artist based in Berlin. His projects and papers have been presented at many museums, international electronic-art events and conferences, including the Tate Modern, Transmediale, Ars Electronica, FILE and the Japan Media Arts Festival.

Danja Vasiliev is a Critical Engineer working with digital systems, networks and software. His research and practice aimed at re-examination and exploitation of network paradigms in physical and digital realms. Danja experiments with methods, tactics and techniques that question communication models established between users and systems. Together with Gordan Savičić, they co-authored The Critical Engineering Manifesto. They have received several awards, most notably a Golden Nica at Prix Ars Electronica 2011 for their project Newstweek. 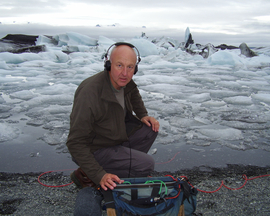 LAUNCH OF NIMBUS BY THE NIMBUS GROUP 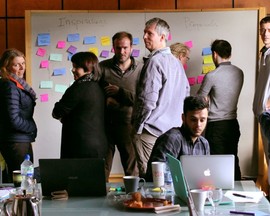 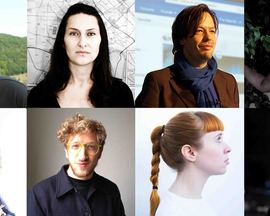