Step behind the scenes and get a glimpse of the thinking motivating the digital world's greatest artists, thinkers and doers. Critical futurist and analyst, Scott Smith was our July Monthly talk speaker.

Scott Smith is a critical futurist from the USA. He is the founder of Changeist, a lab, research tank and studio created to identify and make sense of weak signals of change. His work is built on over 20 years’ experience studying the development of technology and tracking social and cultural evolution around it. His main focus is exploring how we perceive and construct futures.

Prior to this role, Scott was a consulting futurist, research director and analyst for several international research firms in the US and UK, focusing on media and technology. As a researcher, he has lead field investigation and workshops in India, China, Turkey, Mexico and across Europe and North America. Scott has co-authored papers on applying ethnography to understanding the human factor in the future and on applying playful methods to foresight. He has spoken and run workshops at Lift in Geneva, as well as at SxSW Interactive, EPIC, and FutureEverything. He has also authored dozens of studies and briefings on topics such as the future of computing, media, transportation, energy, food and cities, and advised global organizations on adapting to complexity and fragility.

He is also co-developer and lead instructor for the Futures Institute at the Duke University TIP program and is leading a Futures Lab for IED Barcelona in the summer of 2013. For these and other futures learning labs he designs, Scott works with students to apply critical foresight and speculative design skills to develop creative responses to large-scale problems we may face in coming years. He also guest lectures on foresight and design at various institutions, and is a commentary writer for Quartz and a columnist of technology and global politics for Current Intelligence

About Scott’s Talk:
120 Small Futures
At a moment of such rapid change and disruption, we are increasingly told by so-called thought leaders and innovators alike that we need to go big, and make epic, disruptive plans to change the world. Scott Smith takes another view: one-size fits all “moonshots” are fine for some, but enabling individual young people to think critically, sense and evaluate their own possible futures, then design their own solutions sets us up for a future with more, not fewer, problem solvers. Scott will talk about how he and colleagues have helped create 120 small futures with students from around the world, and what it means to do “active futuring”.

Scott’s Monthly Talk is part of Lighthouse’s 2013-14 new programme focus, Making the Future. We’re focussing on making this future through the production of new work. We have seventeen films in production this year as part of BFI Shorts, major interactive art commissions such as Helix, and a plethora of new work for festivals in Brighton and beyond. So for the next year we’ll be focused on enacting Alan Kay’s famous maxim that “the best way to predict the future is to invent it”. 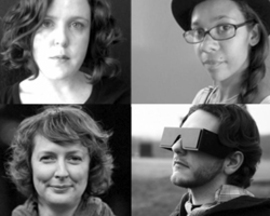 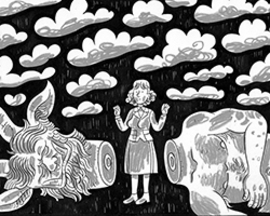