An exhibition for Brighton Festival 2011

The turbulence of political change is reflected in water in this stunning installation.

Discover another Mesopotamia in this breath-taking multi-screen film installation. Renowned artist Kutluğ Ataman celebrates themes of freedom of expression, liberty, and the power of the individual voice in society.

Lighthouse were delighted to be part of Brighton Festival 2011. We partnered on the presentation of two major exhibitions by contemporary artists, Kutluğ Ataman and Lynette Wallworth.
Animating the atmospheric disused space of the Old Municipal Market, Ataman’s exhibition brought together two works which use the theme of water to meditate on political change. The centrepiece is the world premiere of Mayhem. In this new multi-screen film installation, commissioned by Brighton Festival, water is used to subtly symbolise the transformational energy of revolution. It is presented with Su, a video installation shown in the UK for the first time.
The Guest Director of Brighton Festival 2011 is Aung San Suu Kyi, Burma’s pro-democracy leader and Nobel Peace laureate. Inspired by her, the festival celebrates themes of freedom of expression, liberty, and the power of the individual voice in society. These works by Ataman strongly resonate with these themes, at a time where revolutionary change is sweeping through Ataman’s own region. Ataman passionately believes in the need for democracy and freedom of expression in his native Turkey, and in the wider region.
In Mayhem, Ataman transports us to another Mesopotamia – “la Mesopotamia” in Argentina, itself located between the Paraná and Uruguay rivers. Here, in what Ataman describes as an “alternative promised land”, we are confronted by the spectacular and chaotic energy of the Iguazu Falls. In what he refers to as a direct response to the uprisings taking place in his own region, Ataman casts water as both a cleansing and destructive force. Just as water shapes and transforms nature, the Arab Spring is sweeping aside old structures and allowing new ones to evolve.
Su takes its name from the Turkish word for water. It was filmed over a year, and illustrates the different moods of the Bosphorus strait, the narrow strip of water that separates Europe from Asia. Formed of two split-screen installations, each a mirror image of the other, Su calls to mind the fluid, constantly changing nature of geographical boundaries. As visitors enter, they are met with one of the key phrases of Islam – “There is no God but Allah” – written in cuneiform script, superimposed onto the shifting waters. In one screen the text is reversed, as it is in some mosques in Turkey.  In Su, two realms often thought of as separate and opposite are united.
Ataman intends to complete filming for Mesopotamian Dramaturgies in Syria, and was only recently prevented from doing so by the current political instability there.
Kutluğ Ataman is a filmmaker and contemporary artist. His work has been shown internationally at major forums such as Documenta, and the Venice Biennale, and at notable exhibitions at the Serpentine, Istanbul Modern Art Museum and many other galleries. His work is in international collections, including those of MoMA and Tate Modern. He is a recipient of the highly prestigious Carnegie Prize and has been nominated for the Turner Prize. Kutlug Ataman is represented worldwide by Thomas Dane Gallery.
Press:
BBC World Service The Strand: http://is.gd/thestrand
BBC Radio 4 Start The Week: http://is.gd/starttheweek
BBC Radio 4 Front Row: http://is.gd/frontrow
The Guardian:
http://www.theguardian.com/artanddesign/gallery/2011/may/07/exhibitionist-art-shows
Culture 24: http://www.culture24.org.uk/art/sculpture+%26+installation/art355655
http://www.culture24.org.uk/art/photography+%26+film/art356409

With thanks to Arts Council England, Brighton & Hove City Council, University of Brighton and Thomas Dane Gallery.
Presented in association with Lighthouse. 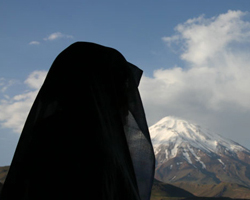 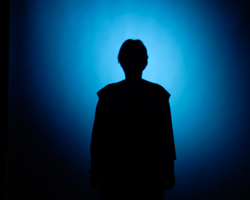