Intuition and Ingenuity is a group exhibition that explores the enduring influence of Alan Turing – the father of modern computing - on art and contemporary culture. The exhibition features a group of outstanding artists, including boredomresearch and Roman Verostko, whose work responds to key themes within Turing’s life and work.

Complementing the exhibition are talks led by artists boredomresearch and Alex May, and co-curator of the exhibition Anna Dumitriu. For more information and to book: Artists’ talk: 21 February, 7pm

2012 will be the 100th anniversary of the birth of Alan Turing, one of the greatest minds Britain has produced. Between inventing the digital computer and helping to decode the German Enigma machine, to founding the science of artificial intelligence, the world today would have been a very different place without his ideas.

His work on morphogenesis (what makes organisms grow in particular shapes) and the now famous “Turing Test” for machine intelligence have captured the imagination of artists for decades.

This exhibition, which takes its name from Turing’s own writing, brings together a number of important artists from digital art pioneers to emerging contemporary artists, including Roman Verostko, William Latham, Ernest Edmonds, Greg Garvey, Patrick Tresset, Anna Dumitriu and Alex May with newly commissioned work by boredomresearch and Paul Brown.

Intuition and Ingenuity is touring during Alan Turing Year, showing in London at Kinetica Art Fair in February, and later at the V&A. It is curated by Sue Gollifer, Nick Lambert and Anna Dumitriu.
Supported by The University of Hertfordshire and the Computer Arts society (CAS) 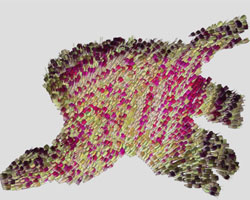 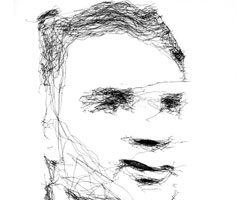 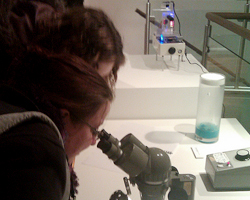