Want to make your films more interactive? The 12th edition of CINECITY returned with a fantastic programme, including this Crossover Labs hands-on interactive filmmaking workshop, presented in association with Lighthouse.

Crossover Labs, in collaboration with Sheffield Doc/Fest and supported by Creative England, hosted a series of filmmaking workshops across England to help develop the emerging field of interactive storytelling, using a number of different platforms. In workshops led by the software creators, documentary filmmakers are brought together with interactive media specialists to explore new ways of telling stories.

This is an experimental programme to assess the usefulness of each platform for filmmakers in what is a fast growing area. The increase of interest in using interactive platforms is also reflected in Lighthouse Studio’s own Platforms programme, due to launch in November 2014, which will support projects that use online platforms to develop their work.

In the workshop at Lighthouse, Crossover Labs were joined by Korsakow, an open-source application for creating web docs and other nonlinear, interactive narratives. Invented by Berlin-based media artist and filmmaker Florian Thalhofer, Korsakow has been used all over the world to make hundreds of outstanding database narratives, requiring no programming expertise at all.

The Korsakow System (pronounced ‘KOR-SA-KOV’) is an easy-to-use computer program for the creation of database films. Korsakow Films (K-Films) are films with a twist: they are interactive – the viewer has influence; they are rule-based – the author decides on the rules by which the scenes relate to each other, but does not create fixed paths; they are generative – the order of the scenes is determined while viewing. 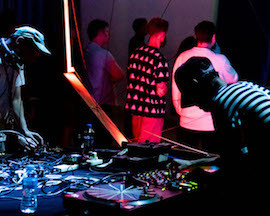 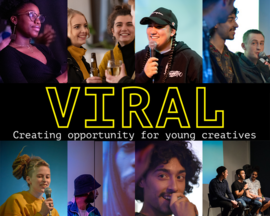