In partnership with Film Forum and Creative England, Lighthouse presents FUNNY GIRLS, a screening of five new shorts from some of the UK’s most promising female comedy talent.

Showcasing new comedy shorts produced through Creative England’s FUNNY GIRLS production initiative, delivered in partnership with the BFI NET.WORK, Big Talk Pictures and Baby Cow Productions, this is an opportunity to watch work by a group of talented emerging female filmmakers, and to gain insight into the process of developing and producing comedy.

The screening will be followed by a panel discussion featuring members of the different filmmaking teams, and Celine Haddad, Senior Executive – Development and Production, at Creative England.

In Claudia, Simon has met the perfect girl, but it quickly becomes apparent that the relationship can only continue if he lets her treat him like a dog. Simon tries to solve the problem, but it backfires in a way he never could have imagined.

There’s been a death on the wing but young offender Liam has no time for grieving. He owes some drugs to Fren-z who is not someone you disappoint. But the dead kid was storing the drugs for Liam and it turns out he’s stashed them in the worst place possible.

There is nothing standing in the way of aspiring 15-year-old actress Donna and the leading role in her school production of “Romeo and Juliet” – except her unsupportive conjoined twin, Rhonna.

Miranda and her adult-ish daughters, Hester and Rose, are crammed in a rotting little caravan to be near their irascible Gramps in his final days. They love him but his care bills are mounting and when they discover he’s hidden his savings and doesn’t remember where… they could bloody kill him!

The urban legend of Sarah Chong – the administrative revolutionary who, sensing a fracture in her beloved workplace, decides to take matters into her own hands… hands which may well contain grenades.

Fabrica Film Forum
Fabrica’s Film Forum is a screening, discussion and networking event for people who are passionate about films and filmmaking. Find out more information about Fabrica Film Forum and details of other forthcoming events. 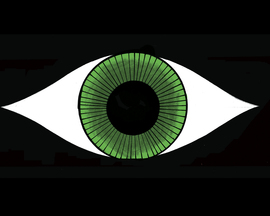 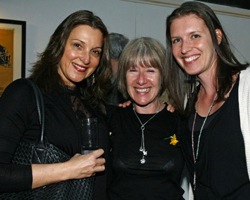