BRIGHTON DIGITAL FESTIVAL CULMINATES WITH A FABULOUS ARRAY OF PERFORMANCES TO DAZZLE THE SENSES.

Expect the fantastic, the futuristic and the confounding in an evening of music and audio-visual delights and surprises, including the uncanny robot orchestra of Brighton band, Space Dog and much more.

Brighton Digital Festival is a month long celebration of digital culture that brings together internationally renown artists and performers, with cutting edge digital thinks and makers to share their ideas, experiences and inventions. It is a truly grass-roots festival organised by members of Brighton’s digital and arts communities to build bridges between art and technology.

To celebrate their hard work, Lighthouse and The Basement are teaming up to produce a special closing event. Taking over the whole of The Basement, the night will bring together some of Brighton’s most vibrant digital performers.

Installations:
Treat Me Like You Do by Me and the Machine
The Conscious Machine v3.1 by The Fourtunecats

A Gaming Lounge by:
The Fight Lab

About the Live Performances

Spacedog is the brainchild of Brighton’s award-winning composer, digital artist and roboticist, Sarah Angliss. Surely the only live band on the circuit to give equal billing to its human and robot performers, Spacedog’s highly original act has been embraced by audiences from folk clubs and esoteric electronica festivals to Steampunk nights, maker faires and science museums. The band, comprised of sisters Sarah and Jenny Angliss and Stephen Hiscock, are known for their strangely unsettling, eerie music and for the ensemble of ‘uncanny’ robots who perform with them live on stage. Their live show may be a technical marvel but it’s far more than a geek act, with their show Televisor being awarded Best Music Event of Brighton Festival and Fringe in 2011. As one reviewer put it, expect “mediaeval electronica meets Trip Hop meets Tomorrow’s World.”

Thor Magnusson is a Brighton based musician and programmer. He is the co-founder of ixi audio and develops audio software and systems for generative composition. He regularly performs at festivals and conferences including Sonar (Barcelona), Transmediale (Berlin), Ultrasound (UK), Pixelache (Helsinki), ICMC (Copenhagen), and ISEA (Istanbul). He currently teaches music and sound art the University of Brighton’s Faculty of Art. For the closing event, Thor will use his ixi lang live coding programming language in a musical improvisation. He will attempt to stretch time and compress space during the performance.

Nullpointer (aka Tom Betts) is a digital artist, programmer and games designer who has recently relocated to the Brighton area. Tom is currently head coder at Big Robot. He is one of the two member of the indietronica band, Weevil, and has also created experimental games, performances and installations.

zenbullets (aka Matt Pearson) is a coder, author and generative artist from Brighton. He has created interactive work for the V&A, the National Portrait Gallery and Cleveland Museum of Art, amongst others, as well as live visuals for Groove Armada and Africa Hitech. In 2011 he published the book, Generative Art, which attempted to define and teach his idiosyncratic approach to visual coding. For the closing event, Matt and his midi-deck will be creating a full set of realtime audio-driven visuals. Nothing is pre-rendered so no two performances are alike. Expect chaos, mistakes and the kind of analogue messiness you don’t normally get out of a computer. He will also be showing some of his video work at the beginning of the evening.

bitbin (aka Matthew Hodson) is a contemporary electronic musician and performer from the North East of England, who is currently based in Brighton. His first EP, Alias EP, was released via Scotland’s innovative Herb Recordings. His musical style combines impressive crunching beats with a synthesiser drenched aesthetic, which Boomkat have compared to Boards of Canada. At the closing event, bitbin will be performing a live set, with visuals by zenbullets.

Battery Operated Orchestra is a band comprised of Brighton-based musicians, Chris Blackburn and Brigitte Sutherland who make atmospheric electronic and analogue music and films, including live soundtracks for silent films. At the closing event, they will be performing with found film footage shot in Sussex in the 1950s.

Me and the Machine is a multidisciplinary performance group comprised of by Clara García Fraile and Sam Pearson. They are based between Brighton and Barcelona and a secret island. Their work combines everyday audiovisual and interactive technology with choreographed screens and live performance. The results range from wearable videos to participative cinema screenings, guerrilla street installations, one-to-one theatre, to immersive dance film.
At the closing event, they are showing their installation, Treat Me Like You Do. Two disembodied pairs of arms lay on a table, waiting for you to take them and wear them, perhaps even to become them. A horizontal projection screen serves as a bridge between reality and fiction, image and physicality.

The Fortune Cats are Brighton-based artists, Sam Hewitt and Shardcore. They began collaborating in 2007. Their works use digital technology to interact with the public and create active discussions on subjects like religion, society and the self.
At the closing event, they will be showing their work, The Conscious Machine v3.1, which is also on display at The Basement from 25-27 September. It presents the audience with a consideration of what a machine would look like, how it would behave if it was learning about human existence not from the words we speak or the actions we make, but from direct access to our unconscious and emotional drivers.

About The Gaming Lounge:

The Fight Lab is a group that celebrates and explores video games culture. They promote the artistic and social nature of video games with a focus on competitive games culture. It was formed by Robert Gee and Sam Scaife and launched in October 2011. The Fight Lab run a regular events called I am Arcade and Arcade (not) Disco, which bring together game art, film, music and games tournaments
The Fight Lab collaborated with Lighthouse on the Fated Dual live gaming tournament, which takes place in David Blandy’s Odysseys exhibition.
For the closing event, they will transform The Pit of The Basement into a gaming lounge.

Reflecting the unique world of the Brighton Digital Festival, this event promises to surprise, delight and fascinate.

Booking: Free entry.
The Basement has limited capacity and may fill up fast. To be sure you can get in, arrive early.

Brighton Digital Festival is a celebration of digital culture. It is run by members of Brighton’s arts and digital communities, administered by Wired Sussex in association with Lighthouse and supported by Arts Council England 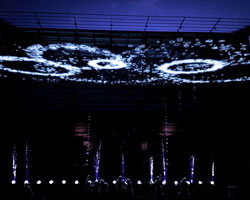 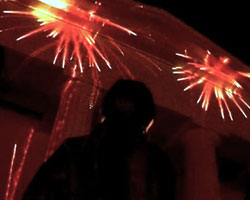 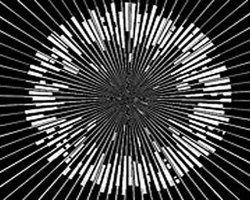