A second year of ASA has launched to support female and female identifying practitioners in Rio de Janeiro, Brazil to develop their careers, skills and practice in sound-based creative activities.

A second year of ASA has launched to support female and female-identifying practitioners in Rio de Janeiro, Brazil to develop their careers, skills and practice in sound-based creative activities.

ASA is a programme produced in collaboration by Lighthouse, the British Council, Oi Futuro and shesaid.so. As one of two UK partners on the project, Lighthouse has been instrumental in the design of ASA. Incorporating mentoring and aimed at sound and music practitioners, the programme has been heavily informed by The Sound of Story and Guiding Lights, two of our development initiatives aimed at emerging talent.

ASA was initially piloted in 2018, responding to the under-representation of women in the fields of music, sound and associated technologies. A public call-out for applications attracted over 250 submissions and significant attention on social media, demonstrating a strong demand for a programme of this type. During the pilot, the participants worked with mentors including Cathy FitzGerald (audio documentary producer), Ain Bailey (DJ and sound artist), Vanesa Lorena Tate (film/games sound designer and composer), and Hannah Catherine Jones (artist and multi-instrumentalist).

ASA aims to:
• Support the development of new and existing skills in creative practice and entrepreneurship
• Offer participants the space to explore and plan their career progression
• Develop a creative community and networks to support peer learning and collaboration
• Strengthen the profile of women working within the sector, and open up new opportunities.

In 2019, ASA is again working with 50 women, drawn from a broad spectrum of music and sound practice, from composers and musicians to audio engineers, sound artists and designers. The participants are taking part in a seven-month programme that includes masterclasses and workshops led by UK and Brazilian professionals covering topics such as: music and sound production, audio storytelling, career planning, developing a personal brand, studio and field recording, and sound engineering.

Throughout the programme, the participants receive creative mentorship and access to Oi Futuro’s Labsonica, a creative studio and co-working space which acts as a hub for the ASA community.

The second edition of the programme launched in August 2019 and runs until March 2020, and will also reach beyond Rio de Janeiro, with some additional activities taking place in São Paulo and Recife.

Below is a summary overview of the UK and Brazilian sound and music artists and professionals taking part in ASA this year.

Amelia Kallman (UK)
Amelia is a leading London futurist, speaker and author. As an innovation and technology communicator, she regularly consults brands, agencies, and governments on the impact of new technologies on the future of business and our lives. She is an expert on the emerging opportunities – as well as the risks – of The New Realities (VR-AR-MR) having recently authored an industry-leading report for Lloyd’s of London.

Natalie Sharp (UK)
Natalie’s sonic practice begins and ends with interrogating the body, which she describes as, “A playground for creative activities, whether it be through skin decoration, wearable sculpture or creating sound synthesis with anatomy”. Exploring issues around gender and sexuality, her practice pushes the parameters of the live environment to incorporate and encourage audience participation.

DJ Tamy (BRA)
Tamyris Reis, popularly known as DJ Tamy has carried music in her life since she was a child, and has performed at major events such as Hip Hop CELEBRA, North March for Peace, Skate Bowl World Jam and Red Bull sounderground. She also took part in the first year of ASA as a participant.

Anna Bertmark (UK)
Anna is a Sound Designer and Supervising Sound Editor who has worked on films, TV-drama, documentaries, commercials and VR projects. In 2017 she won a British Independent Film Award (BIFA) for Best Sound on Francis Lee’s debut feature, God’s Own Country.

Guta Roim (BRA)
Guta is a foley artist in film and TV, who also works as a sound editor. She has run foley workshops since 2011 in institutions such as the Museum of Image and Sound, ECA-USP, SESC, Inspiratorium School, International Academy of Cinema and others.

Rebecca Parnell (UK)
Rebecca is an award winning Sound Designer working in the video games industry. She has also judged a number of times for the prestigious BAFTA awards and guest lectured at the National Film and Television School and the London College of Communication.

Nainita Desai (UK)
Nainita is a composer working in film, TV and documentaries. She is a BAFTA Breakthrough Brit and has received a number of accolades for her work, including the Music+Sound Award for Best Feature Film Score.

RÁAE (BRA)
RÁAE is a Brazilian singer and music artist who was signed by EMI Music Publishing at the age of 15. She is also a composer whose work has featured on national and international advertising campaigns.

Anna Sulley (UK)
Anna is a Supervising Sound Editor Designer & Foley Mixer who has worked on a wide variety of projects including animation, documentary, feature and installations.

Vivian Caccuri (BRA)
Vivian is a Brazilian sound artist. Her sound and compositions have been broadcasted on radio stations such as Resonance FM (London), Kunstradio (Vienna) and Rádio Mirabilis (Rio de Janeiro).

Lucy Harrison (UK)
Lucy is a composer and sound designer specialising in interactive sound. Recent work has included an immersive art event in partnership with the National Trust, a motion sensitive sound installation for Girlguiding at Alexandra Palace, an interactive library as part of a theatre production in Clapham and an Interactive blanket fort in East London.

Cookie Pryce (UK)
Cookie is a former rap artist and member of Hip Hop group The Cookie Crew. She has since worked extensively within the creative industries both as an artist and a music industry professional, and is currently a Senior Label Manager at The Orchard.

Letrux (BRA)
Letrux is the alter-ego of Letícia Novaes, who has stirred Brazilian independent music with her debut solo album Letrux em Noite de Climão, which was named one of the best albums of 2017.

Beatrice Dillon (UK)
Beatrice is a producer, artist and NTS DJ with acclaimed solo releases, remixes and collaborations across Hessle Audio, The Trilogy Tapes, PAN, Boomkat Editions, Timedance and Where To Now?

The British Council is the UK’s international organisation for cultural relations and educational opportunities. We work with over 100 countries in the fields of arts and culture, English language, education and civil society. Last year we reached over 80 million people directly and 791 million people overall including online, broadcasts and publications. We make a positive contribution to the countries we work with – changing lives by creating opportunities, building connections and engendering trust. Founded in 1934, we are a UK charity governed by Royal Charter and a UK public body. We receive 15 per cent core funding grant from the UK government.

London-based, shesaid.so is a network of women who work in the music industry. The organisation was founded in 2014 and it aims to create an environment that fosters collaboration, creativity, and positive values. shesaid.so has a diverse community composed by businesswoman and females in every position in the music landscape – from technicians to recorders, managers and others. They promote the acknowledgement of women developing outstanding projects in the music industry and organize interactive events that reveal new artists and managers. 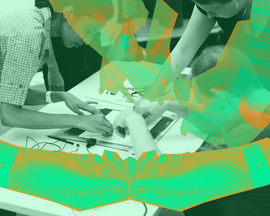 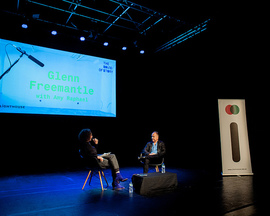 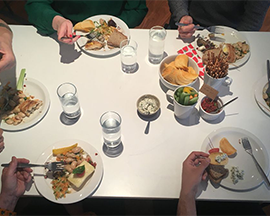 LIGHT+ SEASON 3: WHO'S DOING THE WASHING UP?