Viral showcase: The next generation of Brighton’s creative talent

On 12 October we showcased a variety of work from the first participants of Viral — a talent development scheme for young people in Brighton.

Viral is an informal and collaborative learning programme of mentoring, creative and professional development, experimentation and production for a diverse group of 16–25 year olds. For the past 6 months the Viral participants have been working with the Lighthouse programme team supported by MOBO award-winning video director Reece Proctor, Sam Barrett (AKA Illiterate and Founder of Yogocop) and multi-disciplinary artist Eva Bowan. The Viral sessions are held at Lighthouse with The Rose Hill/ Beatabet Artists, Kassia Zermon (AKA Bunty), Jules Arthur and Abraham Moughrabi who have also supporting the development of the group.

The evening of photography, performances, and film began with a screening of Joshua Cragg’s audio visual piece Wrapt followed by a discussion with Josh, Viral mentor Samuel Barrett and Viral Project Manager Bex Fidler. Josh spoke about how he uses Max MSP to combine his music with photography — a skill he developed during his time on the Viral programme.

We were then treated to a screening of Like This a music video directed by Jai Chayne. Jai spoke to Viral mentor Reece Proctor about the piece, saying “It was a great chance to work with capable people I could trust in the group. There was a lot of collaboration on the day I shot my footage.” 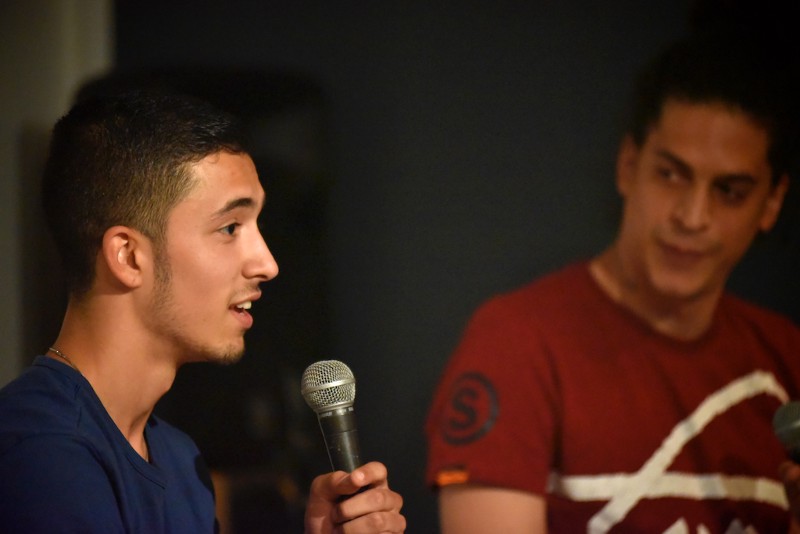 This collaboration continued in the film project We Are The Animals by Dominic Truscott, which required a lot of preparation including costume design, an extensive shot list, Dom’s first casting call, and a lot of time sat in post-production. Reece spoke about when Dominic first pitched the idea, saying “let’s say it felt pretty ambitious — he pulled it off though!”
Saygal Yusuf used the Viral programme as an opportunity to venture into documentary film. Having experience as a local radio presenter with Platform B, discussing contemporary issues already, Saygal’s documentary focuses on the growing issue of Brighton’s homelessness for young people.

In the second part of the evening we saw Bright On by Lara Antoine and Boudicca Pepper — who worked together as they both wanted to use Viral to work with poetry in a new way. During the discussion after the screening, Lara reflected on the project saying “we’d not used any of this sort of equipment before but we’d had loads of ideas for so long — it was great to put our ideas together in a way we couldn’t before.” 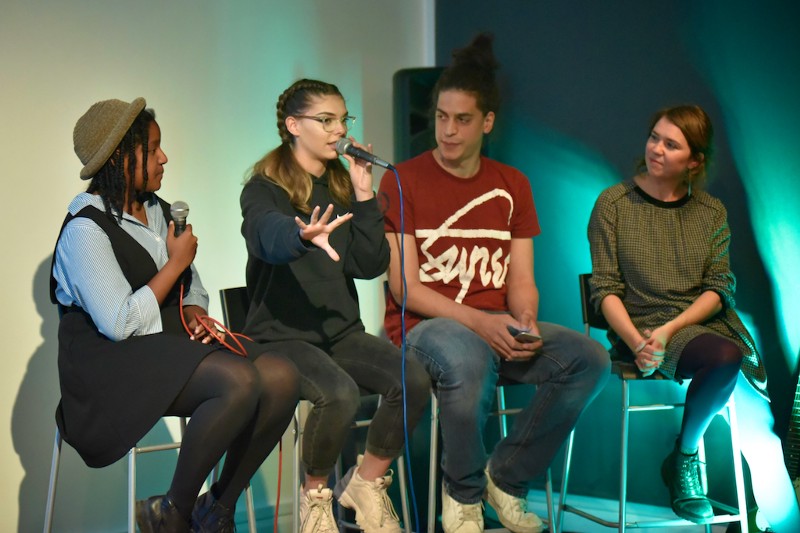 Oliver Hawke used Viral as an opportunity to try his hand at a range of roles in film making and worked behind the scenes on a lot of the projects for Viral, including the sound recording for Bright On with Lara and Boudicca, and being runner for Jai during the recording of Like This.

The mixed media artist Megan Fright performed her piece Obsession, which explores youth counterculture and her own experience growing up in the current UK political system. Megan creates low-fi hip-hop and combines this with visual arts and spoken word. During the panel discussion Megan spoke of her experience with Viral, saying “this programme gave me something to commit to — it helped me really broaden my horizon creatively.”

The same panel discussion included Jules Chasteauneut, Dereck De Abreu Coelho, and James Thorpe who collaborated on their music project Para Fiction. James reflected on his time with Viral, saying “It can be a struggle sometimes to put creativity on the spot but Viral helped me to work my creativity like a muscle,” and Derek added “it was just good to have somewhere to go to chill out and make music, it was so good for my stability.” 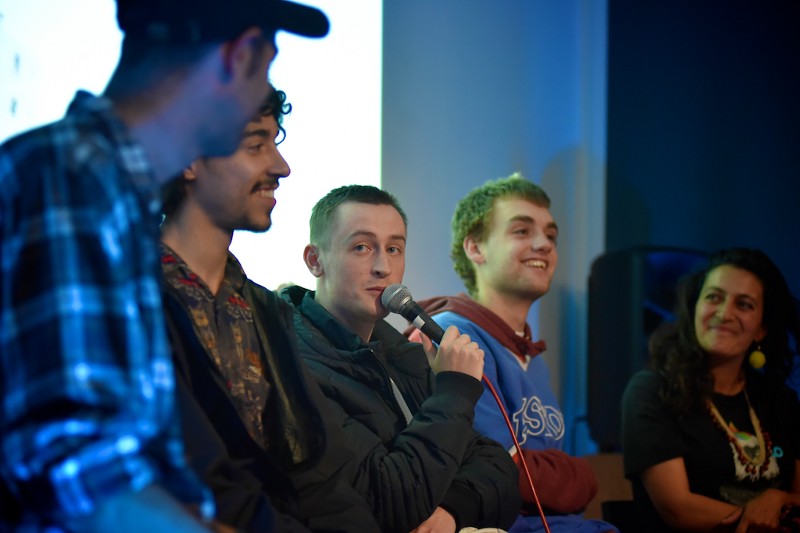 The showcase was an opportunity for the participants to demonstrate all the hard work they’ve put in to their projects for the last 6 months, and for people working in Brighton’s creative industries to see what the next generation of creative talent are producing. We believe that all young people should have the opportunity to work in the cultural and creative sectors, regardless of who they are, or what advantages they’ve had. For our culture to be vibrant, and for our creative industries to thrive, we need a truly diverse workforce. And that means we need to help young people with talent and ideas, but less access to opportunities, to develop their skills, practice and entrepreneurial confidence.

If you would like to support the next phase of Viral through sponsorship, or by providing mentorship and skill sharing, we’d love to hear from you.