This is a Working shop

This week at Lighthouse, I’m going to attempt to create the atmosphere of a workshop, for code. I mean a working shop, a place where work is being done. By James Bridle

For a while now, I’ve been growing more conscious of the gap between traditional ideas of work and craft, and modern technologies. It’s not a new observation, but with the increasing fetishisation of the one-off, the authentic, the artisanal and the hand-made—not least by technologists—it seems worth worrying at.

If you go into a carpentry workshop, you’ll see sawdust on the floor. Work is being done here. You may not understand the work, that’s OK, you’re not a carpenter and you don’t have to be, but you get the sense that something is being done, a skill is being exercised, a craft is being performed. And at the end of the process, which is occurring, in part because of the visibility of the craft, you appreciate the value of a chair or table, not because you can make one yourself, not because you have any specialised knowledge, but you understand that work, time and skill went into this thing.

This is a problem when we come to contemporary, technological skills. It is a problem for the workers, because their work, their skill, their craft (and we will need to parse these words carefully), are not valued and appreciated in the way traditional work is, leading to both exploitation and argument on the one hand (‘why should I pay that?’, ‘why isn’t it finished yet?’), and a technological quasi-priesthood on the other, which does nobody any good. And it’s a problem for everyone else too: a barrier to communication and realisation of shared projects, and in the extreme case, a kind of technological determinism, with all the decisions made by the priesthood.

Richard Sennet notes this dilemma in his book The Craftsman, in a discussion about Hannah Arendt’s division between Animal laborans (the simple worker) and Homo faber (the critical maker) : “For Arendt, the mind engages once labor is done. Another, more balanced view is that thinking and feeling are contained within the process of making. The sharp edge of this perhaps self-evident observation lies in its address to Pandoras box. Leaving the public to “sort out the problem” after the work is done means confronting people with usually irreversible facts on the ground. Engagement must start earlier, requires a fuller, better understanding of the process by which people go about producing things, a more materialistic engagement than that found among thinkers of Arendt’s stripe.”

At another point in the book, Sennet writes of the usefulness of focussing on craft in understanding all aspects of human culture and society because of the visibility of its products: “Because cloth, pots, tools, and machines are solid objects, we can return to them again and again in time; we can linger as we cannot in the flow of a discussion.”

But this is precisely what we cannot do with notional objects, software, code: we cannot linger before them. But can we imagine a way to do so?

Natalia also pointed me towards these excellent words from Scott Porad, on making software: “First, name one other thing in the world, he said, that is used by so many people and which is created entirely by hand? Stuff that is made by hand is hard to make, and even more hard to make well, and tends to be less sturdy than things made by machines. […] Plus, in the history of the world, he said, is there one thing you can think of that has been hand-made, and on such a large scale as software, that was as complex?”

I don’t agree with his later point about opinions (everyone has those…), but the notion of code as something that is also made by hand is crucial here.

This week, from the 11th to the 15th of June, I’m going to take over the reception area in Lighthouse and code in public. I’m going to code things to make code more visible, I’m going to print it out, project it, talk about it and interrogate it. And I’m going to do the same with ideas about craft and working with your hands. I’m not sure exactly where it’s going to go, but I’ll report back. And if you’re in Brighton, feel free to drop by (this is not a public exhibition as such, but I’m open to visitors), and if you’re not, do leave a comment with your thoughts. 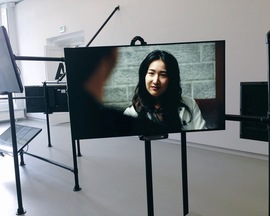 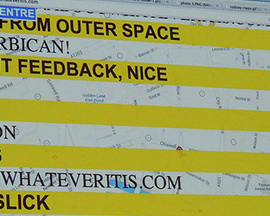 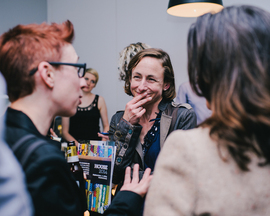