In the last fortnight, our Creative Producer Andrew Sleigh has been taking part in an exciting new international initiative, Recife: The Playable City at Watershed. Bristol. The project brings together creative practitioners from Pernambuco (Brazil) and the UK to exchange ideas and develop new works that respond to the theme of The Playable City.

Alongside Lighthouse, participants in the project came from Cornerhouse, Site Gallery, the National Theatre Wales, CESAR, DH,LO and Proa. You can find out more about the participants here.

Andrew’s back in the office now, so we asked him to share his weeknotes with us, to give you an idea of what he’s been up to, and what they are planning in the second phase of the project. They’ll be showcasing the ideas in April 2014, when they’ll turn Recife in Brazil into the world’s second Playable City. Over to Andrew!

We’re one week into our first sprint in Bristol, and it feels like we’ve travelled far. The group have covered so much territory in fact, that it would be impossible to record it all. So with that pragmatic constraint in mind, I’d like to reflect on the journey so far by picking out three themes that have emerged – for me – from the experience.

Street-level prototyping
On Saturday, we took part in a rewarding and enlightening session led by Ludic Rooms, in which we developed some quick and dirty prototype games and took them out onto the streets of Bristol to test. With only some vinyl stickers, chalk, a few balloons and some coloured paper, we had to think of a game, build it on the street and encourage people to take part and play. I was amazed at how the simplest of game mechanics and the smallest of rewards (just a round of applause) would be enough to bring a smile to people’s faces. Great fun, and I learned more about game play in this day on the streets than I could have by sitting through a week of presentations.

Challenges
While we can see many opportunities for intervention in our own creative practice (e.g. through game design, theatre, electronics or community work) it strikes me that the real challenge, and the real impact lies at a much higher level. When the systems of commerce, property development, urban planning and political power conspire against a playable city, our interventions have limited value.

Diversity
Twenty creative practitioners from many disciplines and two very different continents gather together for two weeks. The result is an explosion of ideas, and sharing of insights, closing of divides and realisation of differences. Every time we take out the post-it notes, we fill the wall with issues, ideas, and questions. This is both energising and confounding. Where do you start? For this reason, I’m keenly awaiting the day we arrive in Recife, and take to the streets, to learn more about this diverse city, and how we can play in it. 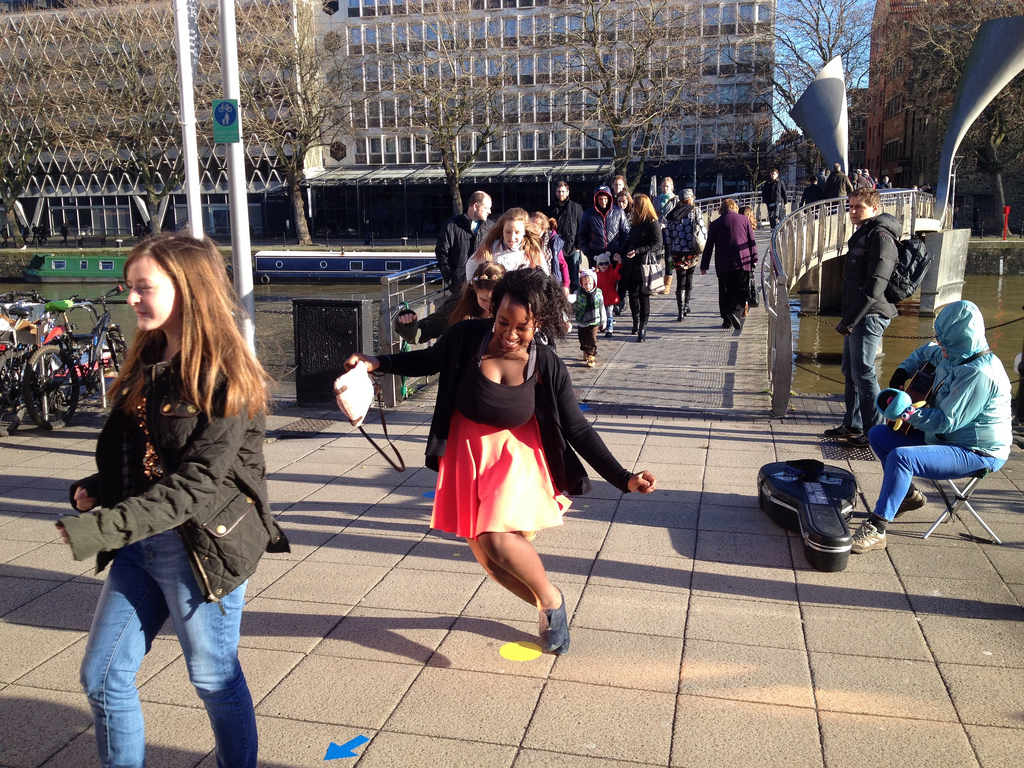 If Week One was about equipping us with the tools to create Playable City ideas – and at least some insight to make them playable in Recife – Week Two was about hacking.

While we had some skills development sessions for producers, our focus was largely on developing some initial ideas that we could develop before we get to Brazil. Half of us never having been to Recife, this was a challenge, and we used whatever tools we could to try and get a feel for the place. In part, this involved lots of questioning and post-its.

I found the most useful exercise was to focus right down on specifics. Rather than making generalisations about Recife culture or social issues, or developing personas for imaginary and ethereal users, we zoomed right in (quite literally, using Google Maps) on one specific place, and the community that uses it: Tiradentes Square.

The square is in the heart of Porto Digital, home to many of Recife’s digital and technology companies, but also to a Favela occupied by people who are experiencing the sharp end of regeneration. By restricting ourselves to this specific place, we were able to deeply explore the context for our playable interventions.

By the end of the week, (and after a deep trough of despair, mid-hack) we had two ideas that we built with low-tech prototypes (lots of coloured paper, bike lights and cardboard boxes) and developed with users over the rest of the week. Friday was deadline day, and I greatly enjoyed being called on for some last minute emergency soldering as we built our prototype ‘enchanted forest’ in Watershed’s edit suite.

Now we pause, reflect, and prepare for the second sprint, and exploring Recife, Porto Digital and Tiradentes Square.

This text originally appeared over at Watershed’s blog. We’ll be posting more on Andrew’s progress within the project in the next few months, as he’ll be visiting Recife to complete the project this coming April.

Recife: The Playable City is a Watershed project delivered in collaboration with Porto Digital and the British Council, as part of the UK/Brazil Transform programme.

The project is supported by the British Council’s Creative Economy programme and the Arts Council England.

The UK partners on the project include Cornerhouse, Site Gallery and National Theatre Wales (UK). 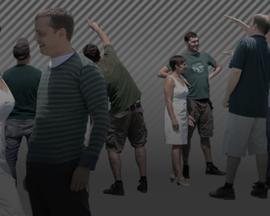 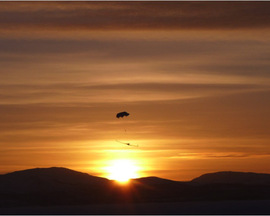 Unmanned Aerial Ecologies: proto-drones, airspace and canaries in the mine 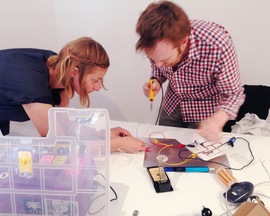