It is with great sadness that we farewell one of the UK's great experimental artists and filmmakers, Jeff Keen, who died today, after a long battle with cancer. By Honor Harger

Jeff Keen is one of Brighton’s most important artists, and a key figure of British avant-garde. For more than 40 years Keen made highly unique, visually ravishing films, which became major touchstones in experimental British cinema. He worked with found footage, press cuttings, toys and pop ephemera, mixing animation and live action to produce intense visual collages, such as Flik Flak, Cineblatz, Marvo Movie, Rayday Film, all made in the 1960s, and White Dust (1970-1972) and Mad Love (1972-1978). In 2009, the BFI published a 4-DVD collection of his most important films, GAZWRX.

Less well known, but no less distinctive, are his paintings, drawings, prints, collages, hand-printed books of poetry, sculptures and assemblages. In 2010, Lighthouse worked with Keen’s daughter Stella Starr, to help raise awareness about Keen’s extraordinary body of visual art, which up until that point had seldom been seen outside his studio, and faced an uncertain future.

Thanks to support which Keen received from a range of organisations after that point, his artwork has been preserved, and a major exhibition has since been held at Elizabeth Dee Gallery in New York, with subsequent shows being planned, including a retrospective at Brighton Museum this year. All of us at Lighthouse are saddened Keen will not be able to see his exhibition in his hometown.

We mourn his passing. He was a wonderful artist, a revolutionary filmmaker, and a giant of the artistic community of Brighton. He will be dearly missed. Our thoughts are with Stella Starr and his family.

You can view extracts of Keen work, plus see him at home in his studio here 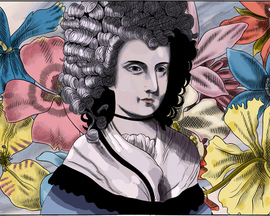 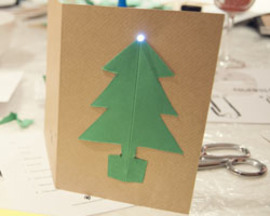 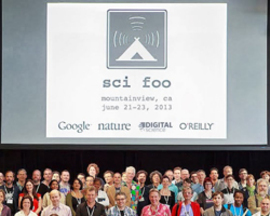 And everything is possible again - SciFoo13