Inspired by David Blandy's exhibition, Odysseys, the evening of 19 September saw an array of new manga characters being created at a comic book workshop organised by Lighthouse and hosted by Phoenix Brighton as part of the Brighton Digital Festival. By Emilie Giles.

Led by artist David Blandy and his collaborator Inko, a published Manga artist, the session took ideas from Odysseys, taking further the dialogue around comic books and identity. The comic workshop explored character development and storytelling, giving participants the opportunity to create their own manga character from scratch.

The class began with an introduction by Inko into manga, exploring the different types that exist. ‘Manga’ literally means ‘comic’ in Japanese, however it has become the word for comics from Japan or for those drawn in a particular style.

Next, Inko gave a demonstration on how to draw manga, picking one of the participants as her model. Inko decided that she would make her model into a heroic character, showing the group how to achieve best results, with tips and sharing skills.

After the demonstration, Inko and David set the group a joint exercise. Together participants had to decide on the character’s age, gender, a special ‘something’ (like a weapon, a tattoo, or flying abilities) and name. They each had to create their own version of the character, whilst adhering to these restrictions. The participants jointly decided on a 21 year old man, called Gabriel who has wings.

After everyone had made a drawing of Gabriel we went round for a show and tell. Inko had drawn her Gabriel to be a rocker, with chains, a tattoo and a quiff. She depicted him sitting on a cloud, just watching the day go by. It was interesting to see everyone’s work, and how different their adaptations were. Most were with large, feathery wings, but the difference in personalities and expressions were apparent. Some Gabriels looked menacing, some mischievous, whilst others troubled, each of them drawn in a different style. One had even laid an egg whilst another was skateboarding.

After the workshop I spoke to a couple of participants about their reasons for coming along and whether they’d had any experience previously of drawing manga.

One participant, Stevie, came because her friend’s parent booked the class for them thinking it would be a fun activity. She’s looked at manga before but this was the first time she’d tried to draw her own. Jenna attended as she is a visual arts student. She felt that she had learned the processes in order to draw manga in a simplified way, picking up useful tips as well. She also thought it was great to find out a bit more about it as an industry.

Inko’s newest publication, Ketsueki, is available to buy on Amazon.

Emilie Giles is a freelance producer, artist and educator, her work spans creative technology, pervasive gaming and maker culture. She is based in London and primarily works for MzTEK, an organisation that aims to encourage more women to learn skills in creative technology, Technology Will Save Us, a haberdashery for technology and education and Codasign an interactive arts and technology studio. She is also part of the Open Systems Association, a collective housed at Goldsmiths College. 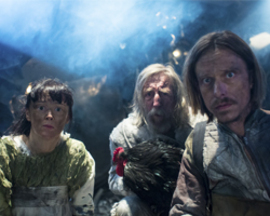 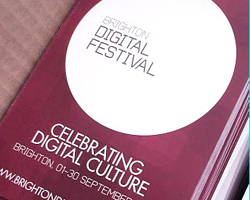 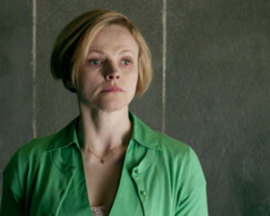