Influential economist Guy Standing is one of many radical thinkers joining us at The Long Progress Bar festival – part of Brighton Digital Festival – this September. We asked the event’s curator, and Lighthouse Artistic Director, Juha van ’t Zelfde why he invited him to take part as a speaker.

Who?
Guy Standing, economist, Professor in Development Studies, School of Oriental and African Studies, University of London, and co-founder and co-president of the Basic Income Earth Network.

Why?
Because I wanted to introduce a powerful alternative narrative to austerity and neoliberalism, the dominant economic beliefs of today. One that is hopeful, and comprises of solidarity and equality.

When I studied economics at university in Rotterdam, I read everything there was to read about the collapse of Enron, and the financial dynamics of the so-called ‘roaring nineties’, and concluded that free market economics just doesn’t work. It’s a well-intended myth, and the older I get and the more I read and think about it, the more I believe we are deceiving ourselves.

In the past few months and years, many people I admire have named basic income – an income unconditionally granted to all on an individual basis, without means test or work requirement – as an interesting alternative route to personal welfare, social productivity and economic growth.

Guy Standing has been an advocate of the basic income for some 30 years now, and has written well-received books about it, such as The Precariat, and The Precariat Charter. It’s a great privilege to have him with us, and a personal dream to see him join Holly Herndon and Mat Dryhurst on Day 2, hosting a group conversation about paradise politics and the arts.

I don’t like recommending too much, but this talk is one I am happy to recommend.

What?
A talk about the basic income and the arts on Day 1. And on Day 2, group conversation with Holly, Mat, and anybody who wants to join in, about his idea of a politics of paradise, that are “built on respect for principles of economic security and all forms of work and leisure, rather than the dour labourism of industrial society.” – The Guardian.

Guy Standing will be giving a talk on Day 1 (Thursday 3 September), and participating in Day 2 (Friday 4 September), at The Long Progress Bar.

Find out more about the festival and guests here: The Long Progress Bar.
Join the conversation at #longprogressbar
Join the Facebook event

The Long Progress Bar is part of Brighton Digital Festival 2015, a celebration of international digital culture across the city of Brighton & Hove throughout September. 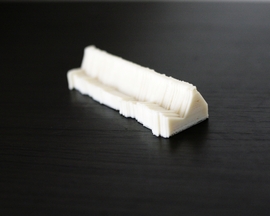 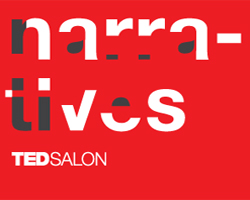 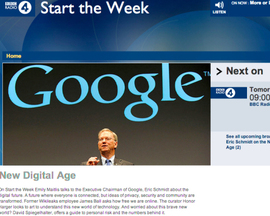 Starting the Week in the Digital Age