In the run-up to our Graphic Novels edition of Progress Bar in Brighton on 7 July, we’ve asked our guest speakers to give us a little insight into what they do, their artistic process and what we can expect from them at the event.

Here, artist David Blandy tells us about his passion for manga, music and the last four billion years of history.

David Blandy and Daniel Locke will talk about their latest collaboration on Lighthouse’s Wellcome Trust supported graphic novel Out of Nothing at Progress Bar on 7 July. Plus, David will play music from the history of hip-hop.

How would you describe what you do?
I’m just someone trying to make sense of the world. And maybe change it. I make videos, performances, installations and sometimes comics.

How did you get into comic books and graphic novels?
I read 2000ad as a kid, and was very drawn to the satire in strips like Nemesis the Warlock and Judge Dredd. I never really got into the whole Marvel/DC thing, liking stuff that made me rethink what a comic was, like Spiegelman’s Maus and Pekar’s American Splendour. Using comics to tell honest and difficult stories about everyday lives. But then manga master Tezuka reminded me that comics can be existential, spiritual, mind bending. I especially love his Phoenix series, and that was one of the main influences on Out of Nothing.

As an artist, you present your work in many different forms, including as YouTube tutorials, music videos, anime and computer games. What inspired you to create Helix and Out of Nothing as graphic novels?
Comics have always been a part of my work. I had a crisis in my first year in art school, where I realized that everything I was doing was crap, and decided to stop trying to please other people and just do what I wanted. So I made a comic, a journey through different pictorial realities, from drawn space to photographic space to virtual space. It was pretty basic, but I loved the space between panels, the possibility of a medium between the still and the moving image. So when it came to working on a project about the history of life, comics seemed a natural fit – you can move around times, show things on a micro and macro level, all just with a sequence of drawings, held together by a sparse narrative. My work in general has become more and more about writing, and it was great to have a project where I could make almost absurd links between moments, tie Rosalind Franklin and Kool J Herc to the same timeline.

You have worked collaboratively on many projects including on Out of Nothing, with graphic novelist Daniel Locke and scientist Adam Rutherford. How important is artistic collaboration to your work?
I was in a band growing up, a hardcore rock ragga fusion thing, and I think I’ve been looking to recreate that creative space ever since. Having other people to bounce ideas off, to have a shared goal, gives a different energy, makes projects feel more exciting.

What are you working on at the moment?
I’m currently making Finding Fanon 3 [a series of works inspired by the lost plays of the politically radical humanist Frantz Fanon, (1925-1961)] with Larry Achiampong, and working on a new series of videos about the nature of knowledge for a show at Seventeen Gallery next year sometime.

What advice would you give to anyone wanting to become a graphic novelist?
Read as much as you can, not just comics but philosophy, history, poetry, sci fi. My current favorites are Phillip K Dick, Ursula Le Guin and Octavia Butler.

What can we expect from your talk at Progress Bar?
We’ll take you on a journey through the last four billion years in 30 minutes. Then walk you through the evolution of hip hop from soul and funk to Raekwon the Chef.

Find out more about the event and book tickets here: Progress Bar: Graphic Novels.
Join the conversation at our Facebook event. 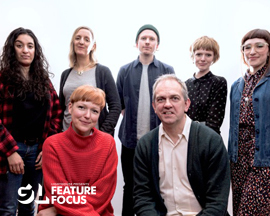 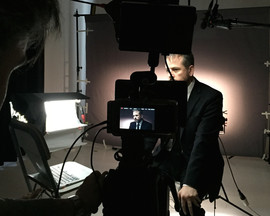 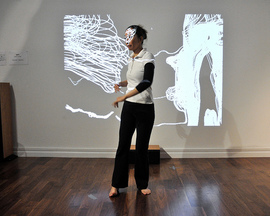