As some of the biggest names in digital culture descend on Brighton for Brighton Digital Festival this September, we can’t help wondering if the festival is becoming the new South by South West. By Honor Harger

Tech entrepreneurs, designers and digital culture aficionados are flying in from as far afield as Tokyo, Silicon Valley and Sydney to attend Brighton Digital Festival, a celebration of digital culture taking place across Brighton this September.

They’re among over 50 major names in digital culture all giving talks in the first week alone. Team all that up with over 100 exhibitions, performances, meet-ups, workshops, and the UK’s fastest growing Maker Faire, and you’ve got one of the most intriguing digital festivals in Europe.

From Monday 3 September – Saturday 8 September, the festival has an unbroken week of continuous conferences, starting with Reasons to be Creative. Formerly known as Flash on the Beach, Reasons brings over 30 major speakers from around the world, packing out the whole of Brighton Dome. As well as Hannah Donovan and Kevin Warwick, this year’s speakers include artist, Sara Blake, designer, Mark Boulton, typographer, Yves Peters, data visualisation expert, Stefanie Posavec and over two dozen others.

Immediately after Improving Reality 2012 is Brighton SF, which brings some of the greatest names in science fiction to Brighton, including Lauren Beukes, Brian Aldiss and Jeff Noon.

Consistently one of the best digital design conferences in Europe, dConstruct is one of the unmistakable highlights of Brighton Digital Festival. This year’s sell-out conference explores the theme, “Playing with the Future”, and includes Ben Hammersley, Jenn Lukas, Scott Jenson, Ariel Waldman, Seb Lee-Delisle, Jason Scott, James Burke and more.

On Saturday as part of Brighton’s brilliant Mini Maker Faire, our web developer extraordinaire, Natalia Buckley has put together an afternoon of talks which act as a microcosm of Brighton Digital Festival. Her amazing line-up includes: Alice Taylor, Matt Webb, Leila Johnston, Tom Armitage, the team from Code Club (who are giving a workshop at Lighthouse as part of the festival) and students from Dorothy Stringer School (some of whom have helped organise a Hack Day at Lighthouse).

With other technology conferences reaching their peak, could Brighton Digital Festival be coming the new South by Southwest? 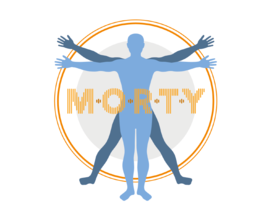 BDF15 AT LIGHTHOUSE: HOW TO LIVE FOREVER 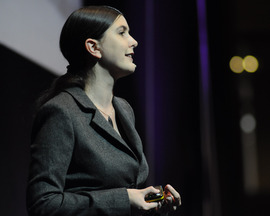 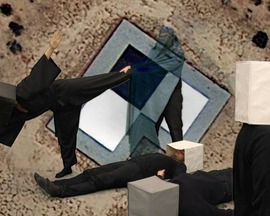