In production with Lighthouse and the Open Rights Group, Brighton Cryptofestival was a day of talks, workshops and activities on practical privacy, surveillance and censorship. Storyteller & Technologist Natalie Kane, attended (and learned how to encrypt her email).

One of many events to come out of the prototyping phase of Lighthouse Studio, Brighton Cryptofestival, organised by resident Chris Pinchen, was a fun, accessible day that catered for various skill levels, allowing for necessary discussions on the state of national, and international surveillance.

Aral Balkan, a former technologist-in-residence at Lighthouse, spoke on the dangers of digital feudalism, and why now, more than ever, we are in need of indie data. Introducing his latest experience-driven open project, Indie Phone (an evolution of Codename Prometheus), Aral lead us through the ways our relationship to data had become broken. Our information is being funnelled into closed silos, such as Facebook and Google, where we have little or no control over its use. By taking control of their own data through experience-driven design, Aral hopes to empower people, stopping the quick slide into digital feudalism.

Javier Ruiz of the Open Rights Group, spoke on the consequences that the NSA revelations had on the state of security across the web, pointing out that breaking encryption services actually weaken the security of everyone. When governments court mandate services to place back doors in their software, you are essentially allowing for abuse from negative forces. Javier suggested a number of solutions, arguing that in order for us to be more secure from institutional snooping, the changes have to be further reaching than just the software we use. Solutions must be technical, architectural and behavioural, and focus on policy and legal changes, highlighting the Open Rights Groups recent Privacy not PRISM project, where ORG are taking GCHQ to court over surveillance abuses.

Paolo Vecchi, CEO of Omnis Systems, walked us through a complex, and wide, history of government surveillance, ending on an introduction to open-source software and solutions as the most secure way to protect yourself online. It is with this software that we can decentralise the internet, and enable better data control from companies, particularly as there is no guarantee of privacy through cloud-based services.

While also directing us to the necessary problems of the day, Smari McCarthy, internet activist and creator of the rather excellent secure email client Mailpile, drew our attention to the problems with data, the cloud, and the economics of surveillance.

“The problem with clouds is that they rain. A Cloud on the Internet is going to rain data. Your data.” – Smari McCarthy

The economics of surveillance is still very much an understudied factor in analysing the impact of the NSA/GCHQ revelations. As Smari McCarthy detailed, the current cost for the American government to monitor individual internet users is 13 cents, per person, per day (based on 2.5billion internet users). This is a shockingly low number, which enables widespread, far-reaching, surveillance, aided by the information that we surrender for free to services such as Facebook and Google. Smari argued that we should raise the cost of monitoring an individual to $10,000 per person, per day, as if we make surveillance more expensive, less people are watched.

Sometimes the simplest actions are the first steps to making you feel more assured, and secure online. During the Cryptoparty part of the day, we learnt how to make practical changes to our online behaviour. Various workshops included how to use Tor and secure browsers, how to make your mobile phone more secure, and how to encrypt your emails. There was also the opportunity to assist in the prototyping of Lego Panopticon, a game developed by resident Chris Pinchen and MA Digital Media Arts student Maf’j Alvarez.

I was taught how to properly encrypt my email, using Mozilla’s Thunderbird, and Enigmail plug in, something I’d been meaning to get around to (eventually). Thanks to a rather patient guide, Mark Treagus, a small group of us learned how to send email with public and private keys. The concept is hard to get your head around initially, but after a quick description from Smari McCarthy, I now understand the bones of the operation – Your email, or message, is a locked box, which you lock with your own, private, key. When you sent it to another user, only they can unlock that message with their own unique, and private, key. The 12 year old me was quietly squealing with delight at my new found cryptography skills.

The scope of government surveillance is much wider, and deeper than we initially thought it to be, as demonstrated by the presentation of pioneering investigative journalist Duncan Campbell. The first to break the GCHQ, and the Echelon project, to the UK, Duncan’s talk was a wholly devastating, but vital presentation on the true state of surveillance before, and after, the Snowden revelations. Hinting at what is yet to come by looking at the abuses of the past, Duncan showed how journalists and activists are lifting the lid on government snooping. Unpacking some of the latest Snowden revelations, including the tapping of transatlantic cables connecting us to the internet, we were left feeling mildly shell-shocked by the future as it stands.

I asked organiser and Lighthouse Studio resident, Chris Pinchen, to comment on the day’s proceedings;

‘I’m really pleased by the diversity of people who participated in the CryptoFestival and would say that the turnout reflects concerns over the privacy issues brought to light by Edward Snowden, as well as the use of our data generally. The event gave people some practical steps to being more secure online, while providing an understanding of what NSA/GCHQ have been doing. We tried to make it as inclusive and accessible as possible, assuming no prior knowledge and making sure there was enough variety for everyone’s technical background.’

Creative Produce Andrew Sleigh, who has been working closely with the residents to realise events, such as Techno-Activism Third Mondays and Brighton Cryptofestival, commented that Cryptofestival was a great example of how the studio programme has the potential to help residents;

‘Chris has been in Lighthouse Studio for 6 weeks, and during that time we’ve used our resources, and network to help him put on 3 events, of which this was the biggest.

The event itself was a wonderful mixture of play and work, chaos and organisation. We were able to provide venue, technical and logistical skills, leaving Chris to work on the programming, content and outreach. Putting on the event as part of the Lighthouse programme gave it some context that was helpful in attracting speakers and participants. At the same time, by working with Chris, the Open Rights Group, and their networks, we were able to reach a more diverse audience than we would have been able to alone.

It’s been encouraging to work with Open Rights Group on this event. Chris brought this network to us, and together we’ve done far more than we could have done separately. I hope we’ll be working with ORG more in the future, and I also hope this is an approach we can build on in future residencies, growing our network with each new resident.’

We look forward to the many more events and productions that will result from the Lighthouse Studio, our exciting new initiative to bring practitioners from across disciplines together in order to create new work. 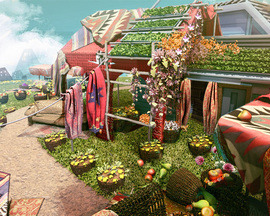 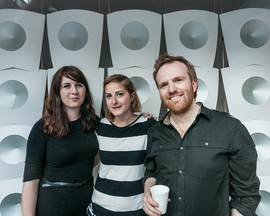 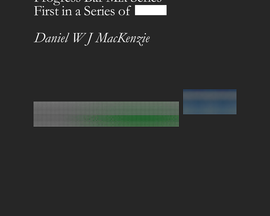