Huge congratulations to writer/director Faye Gilbert and producer Yaw Basoah, who from 160 projects originally received, have made it through the supported development phase to be one of two teams selected to make their debut feature through Film London’s successful UK micro-budget film scheme, Microwave.

Their project, Kill Her Witch, set in a dystopian future, follows the plight of two sisters as they fight for survival in a hostile world. The film, set to go into production later this year, will receive £10,000 development funding, £100,000 production funding and £25,000 for distribution.

We couldn’t be more pleased for Faye and Yaw, who first met in 2008 on Guiding Lights, the UK’s most prestigious film mentoring programme, run by Lighthouse, during which Faye was mentored by acclaimed director Danny Boyle, and Yaw by Alison Owen, founder of Ruby Films. The pair then went on to make an ambitious fiction short The Line, through our BFI Shorts scheme, also set in a dystopian world, and drawing on similar themes to Kill Her Witch. Faye and Yaw’s project is the fourth debut feature to come from filmmakers on the BFI Shorts programme, which specifically set out to provide participants with the opportunity to demonstrate their feature film potential.

“We’re both extremely grateful for the opportunities Lighthouse has provided us. We wouldn’t necessarily be working together now if it wasn’t for meeting on Guiding Lights and our BFI Short, The Line was such an important learning curve and platform towards working on Kill Her Witch.” – Yaw Basoah

Guiding Lights is supported by Creative Skillset’s Film Skills Fund, which is funded by the BFI with National Lottery funds, through the Skills Investment Fund.

BFI Shorts was a high-level production scheme, funded by the BFI Film Fund, and designed for emerging talent in the UK to demonstrate their potential to make features, run between 2012-14. 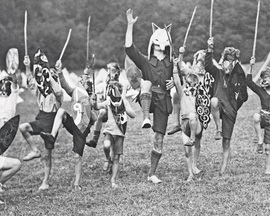 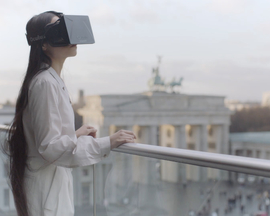 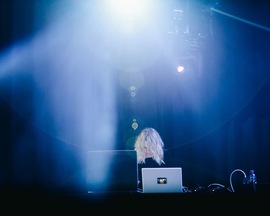