An archaeology of CERN – The Wave Epoch

The Wave Epoch is a unique creative collaboration between Elijah (grime DJ/Producer), GAIKA (Artist/Musician), and artists Haroon Mirza and Jack Jelfs that premiered at the 2018 Brighton Festival.

Devised and created at the world’s largest scientific experiment – the Large Hadron Collider at CERN – the performance imagines a scenario where the collider has been rediscovered by a future civilisation and turned into a ceremonial site, similar to Stonehenge.

The performance fuses archival imagery which was found at CERN – such as footage of the Royal Albert Hall used as an illustration to demonstrate the structure of an atom, women in lab coats journeying through age at vastly different speeds and a stereotypical 80’s demonstration of in-car SAT NAV.

The soundtrack to the installation is created through found audio morphed through hand-built synthesisers and mixing decks created by Haroon and Jack, built from discarded Large Hadron Collider components. The synthesisers became part of a sculptural installation which was positioned in the centre of the room, allowing the structure to ‘call’ to GAIKA and Elijah as they performed on the stage (Elijah on an electronic organ and GAIKA performed spoken word and improvised vocals). The audience was immersed in the performance, able to move between the artists ‘conversation’ – a disruption to the proscenium (the metaphorical vertical plane of space in a theatre).

Audience members describe The Wave Epoch as one of awe, connecting the defining elements of life on earth – and moments of comedy from the more bizarre archival footage:

“It was a reminder to me that work made in conjunction with scientists can be vibrant and unexpected and full of life.”

“Art/science is a very tricky space to navigate, as there are so many different motives behind these things, but I the artists negotiated it well, keeping it fresh and interesting.”

“Maybe the most inspiring event I’ve ever been to. Dystopia, technology, beautiful sonic aesthetics, all my favourite things in one. Thank you to @LighthouseArts @eli1ah @GAIKASAYS Haroon Mirza and @JackJelfs for an outstanding performance. Now I’m home making music!” 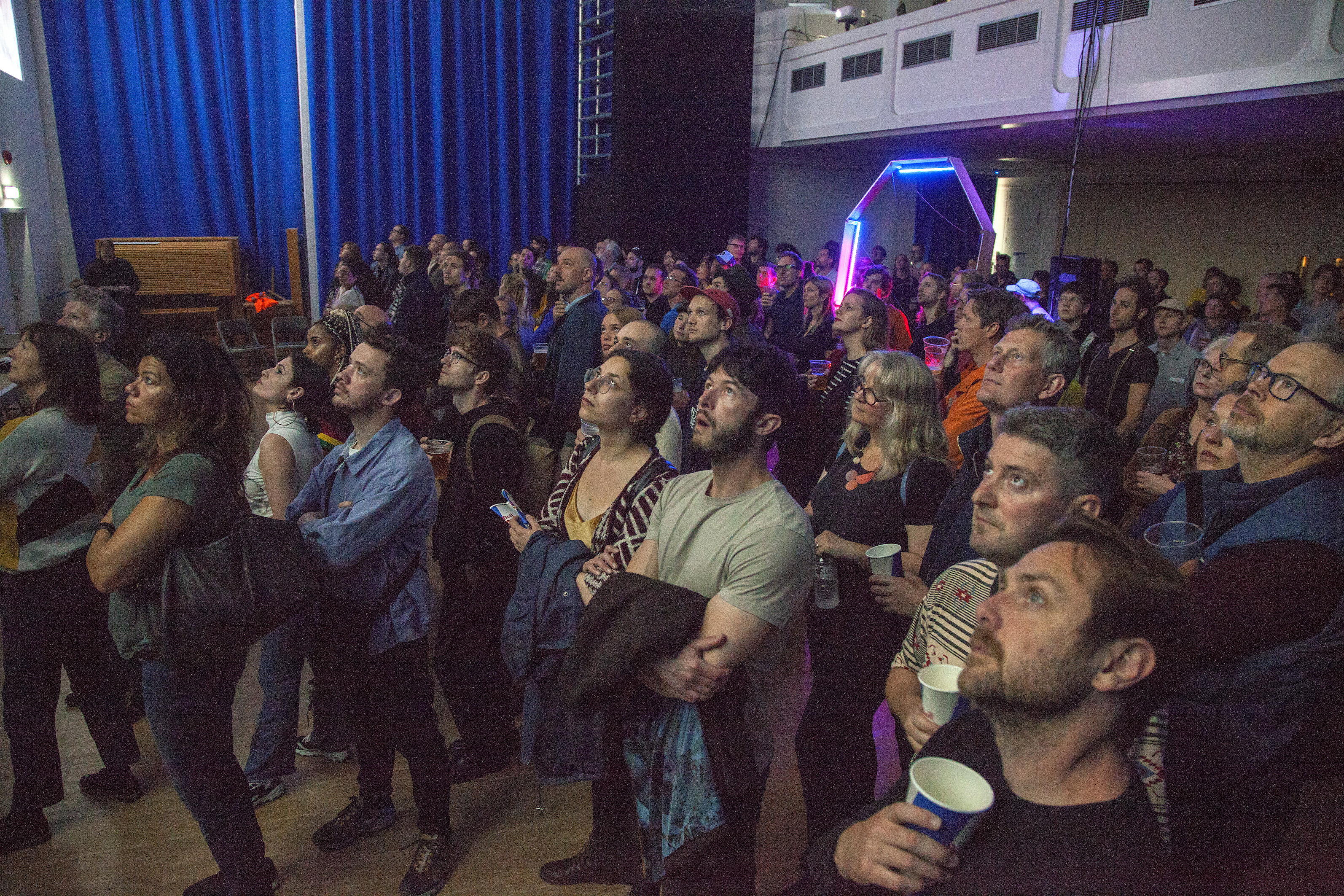 At an artists talk a few days before the premiere, we heard from Haroon, Jack and Elijah about the experience of visiting CERN and creating the work.

Lighthouse Artistic Director & CEO Alli Beddoes explained why she introduced Elijah to Haroon last year – “it was about finding the right partnership to develop a genuine collaborative artwork. It was important to bring the different approaches, specialisms, disciplines and voices to introduce the idea of working differently – and the magic that brings”. Haroon, Jack and Elijah all have a background in creating and playing music in the club scene and are interested in the distinction that is often made between musicians and sound artists – believing the only difference between the two is context – “if you put grime in the gallery, it’s still grime” Elijah.

Working with Elijah and Gaika opened up a new dimension to the CERN residency project for Haroon and Jack – Gaika’s presence in his shamanic costume “shifted the energy”. As Haroon explained, “artistic practice is a diluted down version of shamanism… something that cannot be described in words”. Coincidently Gaika was already creating fictionalised futures through his interest in science and political commentary.

A large part of the project involved the re-appropriation of materials and found objects, an “archaeology of discarded items”. There are 50 years of history at CERN so there was a lot of raw material. Discarded microchips and circuit boards were made into synths.

The premise for The Wave Epoch is an exploration of how people might interpret the Large Hadron Collider in 2000 years time. Imagining a future scenario, in which the LHC is re-discovered centuries after its scientific use has been made redundant, and assumed to be something else altogether. Haroon explained that often when we don’t understand something from the past, the automatic response is to assume it was a site of ritual or religion. Stonehenge could have been a scientific experiment. By combining the archival footage at CERN with performance, The Wave Epoch manifested this future scenario, where a civilisation of people may resurrect the LHC as a site of ritual through music.

During their residency, Jack and Haroon interviewed scientists based at CERN – their very different methods of exploring life on earth were a source of fascination for both parties – “music and art open up more questions… the scientists at CERN are looking for answers”. “You can’t do an experiment on experience because it cannot be repeated. It’s really hard for scientists to talk about these things” explained Haroon.

The collaboration thrives on the artists’ curiosity to work with other people and disciplines to form new partnerships. They plan to continue to work together on The Wave Epoch project – “so many different projects can come out of this material. This is the very beginning rather than a fully formed finished thing”. Later this Autumn, The Wave Epoch will be presented as part of Haroon and Jack’s exhibition of works at FACT, Liverpool 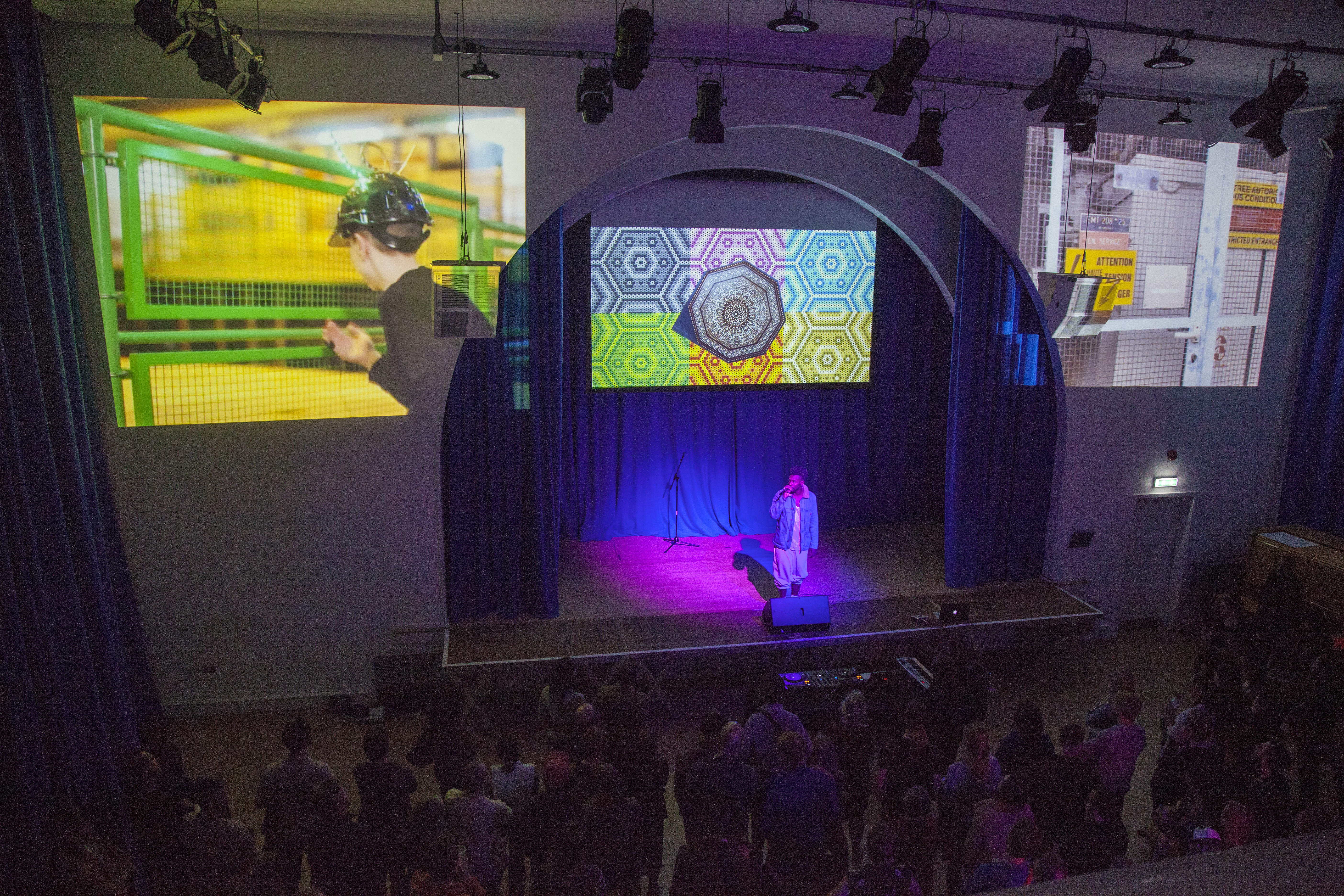 The Wave Epoch was developed as part of the Collide International Award, a partnership programme between Arts at CERN and FACT Liverpool. It was co-produced by the ScANNER network (consisting of FACT and Arts at CERN, as well as Le Lieu Unique, Nantes; CCCB, Barcelona; iMAL, Brussels) in collaboration with Lighthouse.

Last Dance is supported by Arts Council England’s Change Makers fund, which aims to increase the diversity of senior leadership in art and culture. 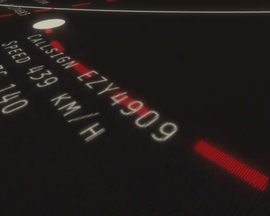 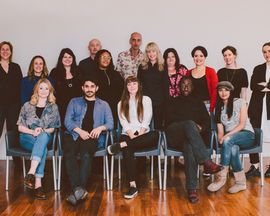 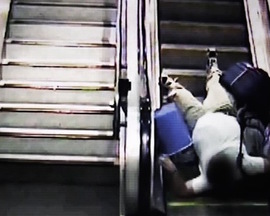